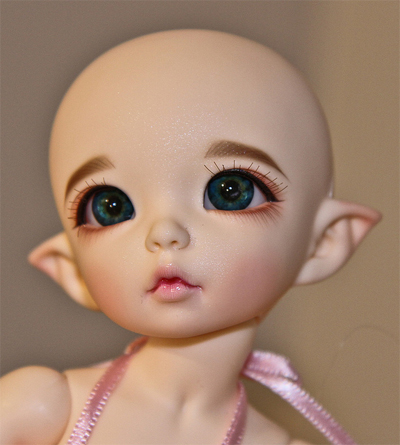 A receding hairline may not sound like a typical topic for a fairy tale, but in actual fact, folklore and ancient mythology are awash with stories of magical beings and hair loss.

As has been described before on this blog, the Ancient Egyptians believed that hairloss was a sign of divine retribution. If you offended the gods, according to the people of Ancient Egypt, then they might cause your hair to fall out as a sign of their displeasure. That said, some of the Egyptian gods such as Ptah, the god of creation were themselves bald. The Egyptians were well versed in the magical arts, and many contemporary European magical practices come from Egyptian source texts.

Before the modern era, hair loss was, like many other symptoms, associated with maleficium or black magic. Both witches and fairies were believed to inflict hair loss on innocent people. However, as in the Egyptian case, fairies themselves are not immune from baldness from changelings to brownies, many fairies are depicted with a smooth pate.

This folkloric idea can be found in modern children’s literature. Eva Ibbotson, a renowned children’s author, wrote a wide variety of stories about all sorts of fantastic supernatural beings from ghosts to witches. Her novel The Secret of Platform 13 features a group of mysterious hags called The Old Ladies of Gloominess, who know all manner of spells for causing misfortune. One particular trick of theirs, that one of the main characters is fortunate enough to learn, causes instant baldness in the victim!

Another example hails from Terry Pratchett’s Discworld novels. When the Hogfather the Discworld equivalent of Father Christmas suddenly disappears, the spare belief this frees up causes all manner of strange beings to manifest, including the hair loss fairy. Equipped with a push-mower and a respectful attitude, this little fellow is found under the pointed hats of aging wizards, depriving them of their pale locks.

The real reasons for hair loss

Common though the idea of fairy-blasted hair may be, The Belgravia Centre has never in its 20 year history encountered a genuine case of magically-caused hair loss. Much more likely is that your symptoms have a scientific explanation from Androgenic Alopecia and Diffuse Thinning, to Alopecia Areata and some forms of Dermatitis.

At a no obligation consultation at our central London clinic, one of our trained hair loss experts will be able to discern which condition is causing you to lose your hair, and will draw up a bespoke treatment plan for you. Take a look at our photo gallery and our online collection of success stories to get an idea of what The Belgravia Centre can do for you.