People whose hair loss has been caused by the autoimmune disorder Alopecia Areata find that they also lose their eyebrows when they have the most extreme forms of the condition. Both Alopecia Totalis and Alopecia Universalis lead to complete hair loss on the head and face and the latter condition results in baldness all over the body as well.

Whilst Alopecia Areata treatment can be effective on the mild, scalp-only, patchy version of the condition, options for people with severe alopecia are extremely limited something that scientists around the world are currently in the throes of trying to address via a range of new products they are hoping to bring to market.

To complement these some of which may be cleared for general use within a couple of years a new lotion aimed at restoring the eyebrows in cases where they have been lost to Alopecia Totalis/Universalis is currently being clinically trialled. While missing eyebrows may seem a relatively trivial cosmetic problem when compared to a completely bald scalp, it remains a vexing part of extreme alopecia for many to the extent that some even turn to eyebrow wigs as a solution. 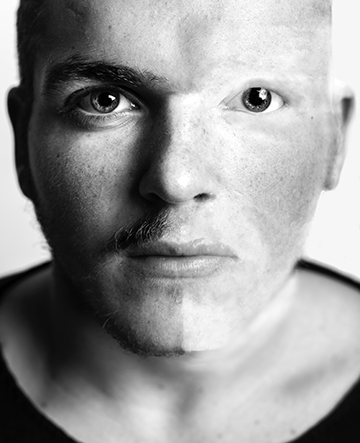 
LEO Pharma, a company headquartered in Copenhagen, has announced a trial into the use of a topical ointment of theirs known as LEO 124249 on the eyebrows of people with severe alopecia. This is the same drug that the company has been trialling on people with Alopecia Areata, though the company appears to be keeping its cards close to its chest in terms of what exactly its solution actually is. It is possible that the ointment is related to the well-known and clinically-proven hair loss drug minoxidil, which, like LEO 124249, is applied topically twice per day.

But it could equally be related to JAK inhibitors, a suite of drugs which have shown promise at treating extreme Alopecia Areata in a number of tests around the world. Indeed, LEO Pharma is a leading light in the field of psoriasis, where JAK inhibitors are also being hailed as a potential treatment option. Of course, there is also the possibility that LEO’s ointment is something completely different.

Currently recruiting participants in Denmark, the company’s latest trial will study the efficacy of a twice-daily application of its solution for 12 weeks on people with eyebrow Alopecia Areata. Secondary outcome measures include the volunteers’ tolerability of the ointment, and also an assessment of whether any regrowth in the eyebrow area is considered normal and acceptable from a cosmetic point of view.

Approximately 24 people are estimated to be involved in the study, which is scheduled for completion in May 2018, and some of the participants will use a placebo so that results can be compared.

Interestingly, on the list of exclusion criteria for the trial is the use of JAK inhibitor drugs ruxolitinib and tofacitinib. This is presumably so that the researchers can ascertain for certain that any regrowth that arises during the trial cannot be attribued to something else.

Infuriating for those affected


When people visit Belgravia with Alopecia Areata, the prognosis is often quite good when the level of shedding is not too pronounced. In mild cases, the hair should normally regrow naturally within up to 12 months, though if or when this hair growth will resume is unknown something which can be extremely infuriating for those affected. In these cases when the rounded bald patches affect the scalp only professional treatment can often be effective.

In cases of extreme autoimmune alopecia, treatment options are not widely felt to be effective meaning that most people with Alopecia Totalis or Universalis either conceal their baldness with headgear and wigs, or try and find a way to face the world as they are. If trials into JAK inhibitors continue at their current pace, however, then new hope could be a few years away more trial successes and regulatory clearance permitting.