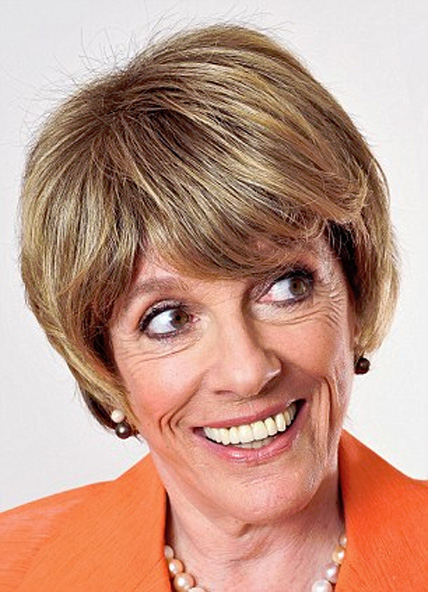 Television presenter Esther Rantzen has spoken out about her thin hair and the wigs she has felt compelled to wear to conceal it. The glamorous 72 year old also talked about the various products that she had tried in an attempt to make her hair appear thicker.

Writing in  the Daily Mail, Rantzen expalined that: "I have tried ‘volumising’ shampoos what a con. I have slathered my follicles with ‘root lifting’ mousses and sprays another waste of money." The presenter also told of how she had been "cursed" with fine hair, which "lies flat and shapeless, clinging to my skull, making my big face look even bigger".

The "Curse" of Fine Hair

Rantzen was so conscious of her thin hair that she bought her first wig in her early 30's, and confesses that she's been wearing wigs on TV and on the red carpet ever since. The star now has seven wigs in total, and explains that they can cost thousands of pounds, however preferring to not wear real hair wigs, Rantzen goes instead for the Nylon option, which costs considerably less.

The presenter then states that she has decided to ditch her wigs, a step that will no doubt inspire other women with thin hair, conluding that: "My hair may be flat, fine and limp, but it’s still my own."

If you're experiencing women's hair loss but don't want to wear a wig, you may be interested to know that a medically proven hair loss treatment plan can grow hair back to a better thickness. If, like Rantzen, your hair has always been thin the treatment may not be appropriate, but if you've noticed your hair thinning with age (due to a condition called female pattern hair loss), it can achieve great results.

The key to a successful treatment plan is to include the only hair loss medication for women that has been licensed by the MHRA and approved by the FDA (the UK and US medical bodies): minoxidil. Unlike the various products that Rantzen used in an attempt to make her hair appear thicker, minoxidil can actually regrow thinning hair.

Many women find that the hair atop their head thins with age, especially after the menopause. This occurs when the androgen DHT causes follicular miniaturisation, meaning weaker, thinner hair is produced.

Minoxidil works by stimulating the follicles to grow stronger hair. Belgravia also add certain ingredients to their minoxidil solution, such as azelaic acid, which appear to block DHT when applied locally. When combined with hair growth boosters such as the FDA cleared LaserComb, women with thinning hair needn't worry about wearing a wig.