It appears that children's hair loss charity, Little Princess Trust may be giving the royal touch to some of its customers soon thanks to a regal donor.

Kate, Duchess of Cambridge, had her hair cut and donated the 7 inch-long lengths to a specialist charity, thought to be this much-loved organisation. 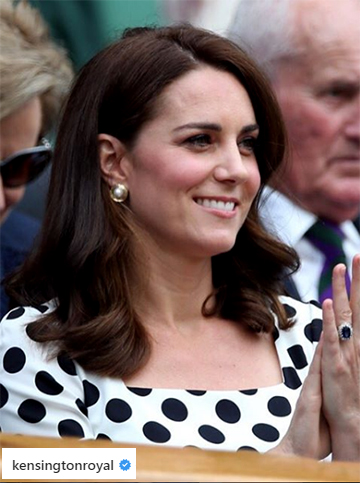 
Recipients of the much-admired royal hair will not know the source of the hairs used in their wig. In fact, not even volunteers at the charity would have known whose hair they were handling when the donation arrived as it was reportedly sent in using someone else's name, according to a source quoted in media reports.

Hair sent in to the charity cannot be tracked to a specific wig by either the donor or the recipient.

Kate's donation will be blended with others of similar shades and made into a number of real hair wigs which will then be distributed to children with medical hair loss, free of charge.

The children helped by Little Princess Trust and its boys division Hero by LPT tend to have lost their hair to cancer treatment or forms of autoimmune alopecia. These can range from alopecia areata, which causes bald spots to appear suddenly on the scalp, to the more extreme Alopecia Universalis which causes complete baldness from head to toe.

Whilst cancer survivors are likely to have their hair grow back within a year of their last treatment session, those with the more severe forms of alopecia areata may or may not regrow their hair - it is currently impossible to predict.

Treatments for these more severe alopecia phenotypes is currently in development, though whether or not they will be suitable for children remains to be seen. Furthermore, whilst scalp-only alopecia areata treatment can help people aged 16 and over, there are currently no treatments for younger children with this milder form. Luckily, in many cases, the hair should regrow naturally within 12 months.


The Duchess of Cambridge is believed to have made the donation in October 2017, a month after Kensington Palace announced that she and husband, Prince William, are expecting their third child in April 2018. This means Kate's already enviable hair was likely to be at its most lustrous when it was cut, due to changes to the hair growth cycle during pregnancy.

Although the Duchess's spokesperson has declined to comment on the donation, the story is likely to excite many young girls receiving wigs from the charity and give them an extra boost during a particularly tough time in their lives. Anyone wanting to know more about donating hair to charity can find detailed information on the Little Princess Trust and Hero by LPT websites.