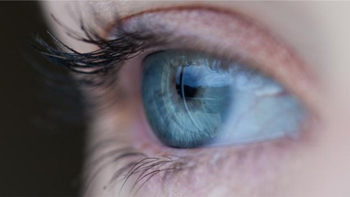 Further to recent study data showing people with Alopecia Areata are more prone to stroke, the November issue of the International Journal of Dermatology features an article further linking the disorder with dry eye disease.

Based on a study which took place at the Dışkapı Yıldırım Beyazıt Education and Research Hospital in Ankara, Turkey, researchers recommend people with the hair loss-causing autoimmune condition should be referred for eye testing.

A team led by Can Ergin, M.D examined two groups made up of 32 study participants with Alopecia Areata plus 20 control subjects who were matched by both age and sex.

Each individual's tear function and ocular surface were assessed, then results were compared between the two groups. 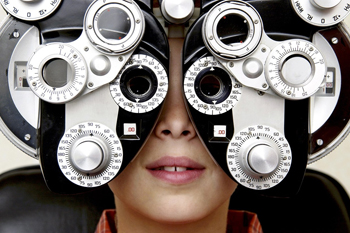 Of the individuals studied, 84 per cent of Alopecia Areata subjects versus 15 per cent of the control subjects were diagnosed with dry eye disease (DED). The Doctors Lounge website reports that 'T-cell mediated autoimmunity had a prominent role in both alopecia areata and DED etiopathogenesis'.

"We think that inflammatory mechanisms causing alopecia areata may trigger DED or vice versa," the study authors conclude. "All patients with alopecia areata should be referred to an ophthalmologist for the evaluation of DED and other possible eye pathologies."

Cause of alopecia areata unknown

Despite affecting two per cent of the global population, there is still very little known about Alopecia Areata. For instance, although influencing factors such as stress and genetics are thought to play a part in triggering the condition, the precise cause of the condition has not yet been identified. It is known that the body turns against the hair follicles which then suspend the normal growth cycle as a result but exactly why remains a mystery. 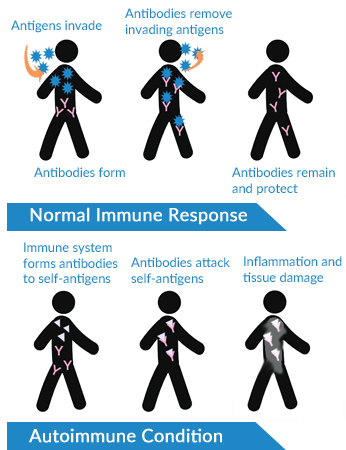 Although it clears up of its own accord in the majority of cases, Alopecia Areata can come back or it can be permanent, even leading to total hair loss of the head and/or body, depending on the type. These more severe iterations are called Alopecia Totalis and Alopecia Universalis. They are far harder to treat than Alopecia Areata which has often been seen to respond well to topical applications of high strength minoxidil.

People with autoimmune conditions are thought to be more susceptible to other disorders with this classification, such as rheumatoid arthritis, multiple sclerosis, systemic lupus erythematosus and Crohn's disease.

An incredible research breakthrough in June 2015 established for the first time that the autoimmune system is, in fact, linked directly to the brain. Additionally, promising JAK inhibitor treatments used to treat certain autoimmune conditions may also help others. One example is Tofacitinib (Xeljanz), an FDA-cleared drug for the treatment of rheumatoid arthritis which is currently awaiting additional FDA approval for the treatment for psoriasis, and is also showing encouraging performances in clinical trials as a treatment for Alopecia Universalis.

Hopefully, on the back of such auspicious discoveries, researchers will be better able to understand autoimmune disorders soon, leading to treatments and, ideally, a cure or preventative measures.