Prior to her Brits appearance, Jesy Nelson, member of girl group Little Mix, was met with criticism for sporting a set of dreadlocks in an Instagram post, amid claims of cultural appropriation - the adoption of minority culture by a dominant culture. 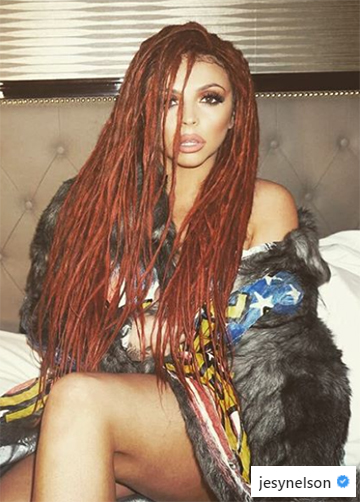 Interestingly, the singer used to have Alopecia Areata, an autoimmune disorder that is characterised by unexpected, patchy hair loss. It can be caused by a number of different factors, including allergic reactions and sudden shock.

Given her history of hair loss, dreadlocks may not have been the wisest of hairstyles to choose when considering the pressure that it puts on the scalp.


The hairstyle has a fascinating history. People with dreadlocks - also known as 'locs' - have inhabited many historical civilisations, Ancient Greece and Egypt to name two.

However, it became popularised by members of the Rastafari movement in Jamaica in the 20th century, and the style has since become synonymous with global black culture. Because of this, there has often been an uneasy reaction to people of other cultures wearing dreadlocks, hence the internet’s sceptical reaction to Jesy’s new hairstyle.

While a lot of conversation about dreadlocks centres around racial and social issues, the hairstyle is also a hot topic in hairloss circles.

Dreadlocks, as well as tight hairstyles like high ponytails and braids, can put hair roots under a lot of pressure. Often, this can develop into Traction Alopecia, a hair loss condition that stems from tension-induced follicle damage. People with it may notice gradual hair loss at the temples and around the front of the scalp. Those affected are likely to experience tension headaches from where the hair is pulled too tight. 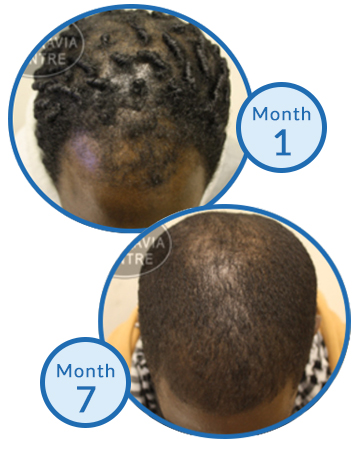 
Traction Alopecia is particularly common in Afro hair types due to its naturally more brittle texture. Having reviewed no less than 19 separate studies, researchers at the John Hopkins University School of Medicine in Baltimore discovered that one-third of African-American women are affected by Traction Alopecia. The twisting involved in sustaining locs - as well as their weight - puts strain on hair follicles, which can often lead to hair loss.

Whilst in extreme cases it can cause permanent bald patches, the good news is that, especially if diagnosed swiftly, Traction Alopecia treatment is generally possible.

The first recommendation is always to remove the source of the tension. If your dreadlocks are feeling weaker and less centred on your head, then the best course of action is to cut them off as soon as you can - this reduces the pressure placed on your scalp by the hairstyle.

Next, Belgravia offers formulations of high strength minoxidil, which are applied directly to the scalp. Minoxidil is used to treat a number a of hair loss conditions, and works by accelerating hair growth in targeted areas.

How Cornrows And Other Protective Hairstyles Can Cause Hair Loss

How Cornrows And Other Protective Hairstyles Can Cause Hair Loss