As one of the most-watched royals on the planet, Kate, the Duchess of Cambridge, can’t do much without someone noticing. 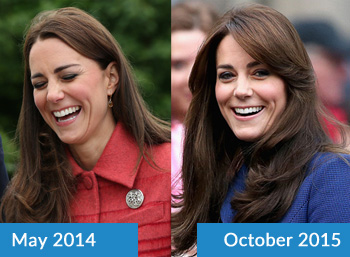 Catherine, Duchess of Cambridge Pictured Before Becoming Pregnant and After Having Princess Charlotte

Not only are her clothes subject to regular scrutiny, but following the birth of Kate and Prince William’s first child, George, the media started whispering that her hair had perhaps lost some of its lustre. Whilst hair loss after childbirth is quite common thanks to a condition known as Postpartum Alopecia it is unknown for certain whether or not Kate was affected.

Now, however, a celebrity hair extension expert has spoken out about her thoughts that the fuller, more vibrant hair-style that Kate has been sporting since returning to royal duties after the birth of Princess Charlotte in May, is all down to “subtle” hair extensions.

Talking to Now magazine, hairdresser Inanch Emir said: “Having looked at before and after pictures, it is my professional opinion that Kate has been experimenting with extensions, as her hair has looked more vibrant and bouncy in recent months.” 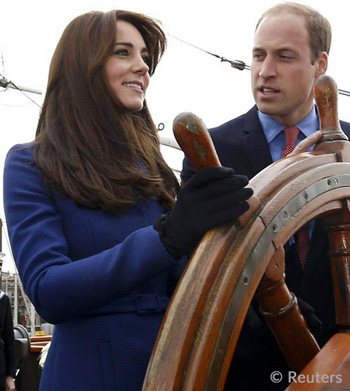 Self-styled “Queen of Hair Extensions”, Emir says she thinks that the Princess - whose 'Kate Middleton hair' was rated most attractive to men in a UK survey - may have had around 100 strands added to her hair. We are assuming this refers to hair extension strands featuring a larger number of individual hairs given 'normal hair loss' is considered to be up to 100 hairs per day. As people normally shed that amount every day without noticing, we are not sure how much difference it would make in terms of giving Duchess Catherine much of a volume boost.

The problems associated with hair extensions are well documented. While often extremely convincing they are, after all, typically made from real human hair they come at a price, not just in the purse (easily over £500 at a good salon) but also in the way they can damage the scalp.

There are a multitude of techniques for affixing extensions to the existing hair, but most involve an inevitable ‘pulling’ on the scalp. What happens is that the weight of the extensions and the method of binding used to attach them can wreak havoc on the hair to which they are attached.

Worn frequently, this pulling can lead to a condition known as Traction Alopecia, which becomes obvious when bald patches start to appear around the areas where the hair extension are attached. Receding all around the hairline - not just at the front - also tends to emerge as this is where the brunt of the tension is borne. Hair breakage is also common in cases of Traction Alopecia and gives the hair a frizzy, thin appearance where the shaft has snapped. 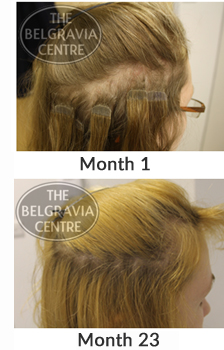 If the Duchess of Cambridge has indeed had hair extensions, it is likely that the job will have gone to a top, experienced hairdresser who will know about all the latest methods available to minimise stress on the follicles. She is probably inclined to have the extensions removed at the end of each day too, or go without them when wearing up-dos or a hat, lessening the amount of time they spend exerting pressure onto the scalp.

As the Princess is so acutely aware of how much the world’s media is watching her, she is also likely to get rid of any extensions at the first sign of trouble. Indeed, hair loss specialists recommend that the first thing to do in cases of Traction Alopecia is to get rid of whatever is causing the problem and allow the scalp time to rest and heal. This applies regardless of the cause as it is not just hair extensions that are responsible for this type of damage. Other culprits also include hairstyles such as tightly-woven braids or plaits, tautly-tied buns or high ponytails frequently worn placed in the same area of the scalp, or securely-fixed wigs.

In cases where the hair loss is noticeable - whether in patches where the offending style has been fixed or around the hairline which is often the first area to be affected by the tension - treatment for Traction Alopecia available. Following diagnosis by a specialist, a dedicated treatment advisor will explain the various components recommended as part of a dedicated regrowth plan tailored to your specific level and pattern of shedding. This will generally feature high strength minoxidil as the key component as we have seen significant regrowth results in Belgravia clients using this treatment for Traction Alopecia, but courses can also include a number of hair growth boosters.