Does Hair Loss Confirm You’re Turning Into Your Father?

If you were to take two random boys at birth and try and guess which one of them was more likely to go bald in adulthood, your best clue would be to look at their parents and grandparents. By picking the family with the lowest hair count, you’d probably be on pretty safe ground. 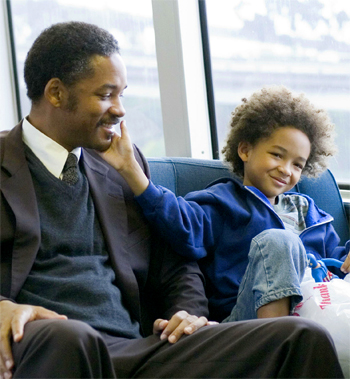 But a writer for Telegraph Online wonders if hair loss is the only thing that his father has passed onto him (although it could have been inherited from his mother's side too, we're assuming he's basing his assumption on the findings of a recent study which confirmed fathers are most likely to blame...).

The journalist, who uses a pseudonym and with good reason, as will become evident explains how he has recently started to lose his hair at the age of 26. Ruminating on this, he argues that the real reason that men get so upset when this happens is not just because it signals “the end of your youthful good looks”, but because it confirms that you’re actually turning into your father.

For many a man, that would be no bad thing, but when the Telegraph writer begins to list his own father’s innumerable shortcomings what appears to be a humorous story takes on a darker tone.

If the genes you inherited from your father dictate that your hair is going to fall out in your 20s, does it stand to reason that the genes which made your dad commit adultery, lie, steal and cause a whole world of hurt will lead you down a similar path to destruction, too?

This is exactly what the writer contemplates, and says the thought has left him paralyzed with fear.

A psychologist, of course, would likely say that the answer to his conundrum is no nothing that we do behaviourally is pre-ordained. While genetics obviously play a huge part in who we are and can influence our lives enormously, we also get to have a say in how we turn out. We have a hand in deciding which urges and tendencies we give in to and which we choose to ignore.

What we don’t get to say “no” to, however, are physical attributes that are handed down, such as height, looks and a propensity for Male Pattern Baldness. 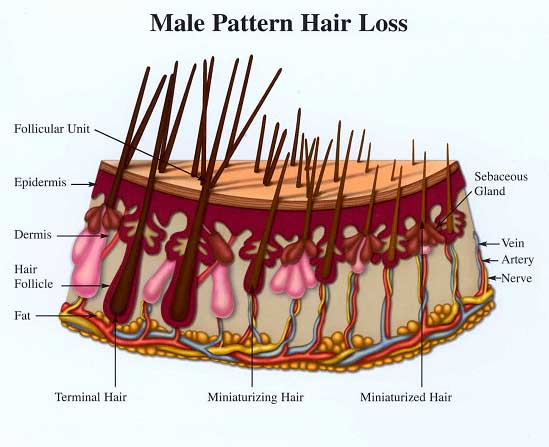 also known as androgenetic alopecia and genetic hair loss is very common, and will affect almost all men by retirement age.

It is caused by a by-product of testosterone known as DHT. This chemical derivative is formed primarily in the prostate gland, adrenal gland, testes and tellingly hair follicles, and is vital in the early stages of adult development. Later in life, however, it has no discernible use, but can lead to hair loss.

When DHT attaches itself to hair follicles located around the top of the head and hairline in people with an inherited predisposition to genetic hair loss, it attacks them. This causes a process called 'miniaturisation' where the follicles gradually weaken and shrink, as illustrated in this diagram.

This displays outwardly as thinning hair and/or a receding hairline, and - if left untreated - can eventually lead to true baldness if the follicles die. True baldness, where the scalp takes on a shiny appearance, cannot be treated so earlier action is necessary for those who want to try to keep, or regrow, their hair.

Serious medical research has gone into countering Male Pattern Baldness for several decades, and there are a number of products now available that can not only stop hair loss associated with the condition but also encourage regrowth.

A hair loss specialist can explain the options to anyone concerned about their shedding, and also explain how a multi-faced male hair loss treatment course can be personalised to provide the best chance possible of fighting back against what nature and genetics has thrown their way.