Perhaps the most recognisable feature of pop art legend Andy Warhol - he of the Marilyn Monroe and Campbell's Soup screen prints - was his iconic white hair.

However, according to recent revelations, the artist was actually bald, having lost all his hair to a condition believed to be a form of Alopecia Areata. 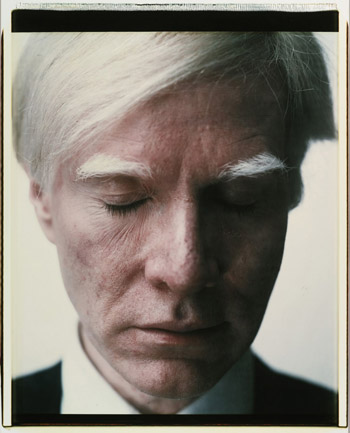 Journalist Stephen Smith spoke to a number of Warhol's friends and acquaintances as part of a new BBC documentary called A Day In The Life of Andy Warhol. It was then that the artist's hair loss came to light.

Writing in The Guardian about Warhol's penchant for wigs, Smith notes, '...it’s true that he was a great one for affecting ever bolder, and more unabashedly synthetic, confections as he grew accustomed to the spotlight. But the first time he wore a wig, it was out of a very human self-consciousness, after a nervous illness in his youth left his body completely hairless'.

"He was slim and he had really good muscle definition," says Andy Warhol's former partner, the poet and artist John Giorno, "Plus he had no hair, and his origins were in eastern Europe, so he had really pale skin... like a Renaissance statue."

The lauded modern artist was famed for turning himself into a 'living cartoon' through his carefully-crafted image, presenting himself as a work of visual art. Turning his hair loss to his advantage, it seems he used increasingly more offbeat wigs to convey his changing character as his fame and eccentricity rose. Warhol freely admitted to wearing wigs but is not known to have spoken about his baldness. "I am a deeply superficial person," he is quoted as saying. "If you wear a wig, everybody notices. But if you then dye the wig, people notice the dye." 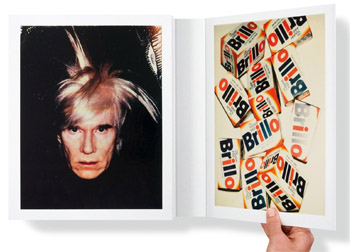 The 'nervous illness' mentioned was Sydenham's chorea, a childhood disease which Warhol contracted when he was around eight years old. It causes involuntary movement of the limbs, twitching and mood swings, as well as obsessive compulsions, but does not have any known links to hair loss.

This makes it more likely that the initial disease may have sparked a form of the autoimmune condition Alopecia Areata. Little is known about why it occurs, although triggers are believed to include stress and sudden trauma.

It effectively turns the body against its own hair follicles, shutting down hair production and leaving the hair growth cycle stuck in its resting phase.

His friends speak of his total lack of body hair - a sign of Alopecia Universalis, the most severe type of Alopecia Areata, which causes hair loss from all over the head and body. 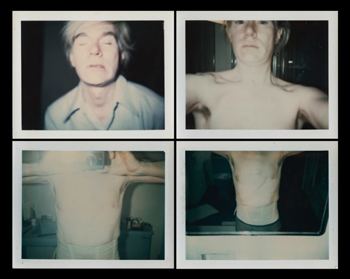 Notably though, Warhol had thick eyebrows which were worn bleached to match, or dyed dark to contrast starkly with his platinum hair. In photos, sparse eyelashes are also visible. This is at odds with the general prognosis of Alopecia Universalis which is generally believed to make all head hair and body hair disappear.

Whilst, this is not always the case and some people may experience the condition but keep their eyebrows and lashes, another explanation is that Warhol developed Alopecia Totalis.

This condition falls between the patchy hair loss of the scalp seen in Alopecia Areata and the total lack of hair caused by Alopecia Universalis. It presents as a complete loss of hair from all over the scalp and can also - but not always - include losing the eyebrows and eyelashes.

Despite the artist's reported lack of body hair, the man dubbed the 'original selfie king' for his love of self-portraits, appears to have underarm hair and possibly some chest hair visible in this series of polaroids from 1969 (pictured), taken just after his attempted murder. This makes a diagnosis of Alopecia Totalis far more appropriate.

Alternatively - and less likely - he could have worn fakes, given false eyebrows - a forerunner to today's medical eyebrow tattoos - have been around since the 17th century.

Even today there are still limited options in terms of treatment for Alopecia Totalis and Universalis and those that are available, such as topical immunotherapy, often have low success rates. For mild-to-moderate stages, promising regrowth results have been achieved through following bespoke alopecia areata treatment plans, although often the hair will regrow naturally in around 12 months.

A number of recent trials have uncovered encouraging potential treatments for Alopecia Areata in its various forms, including the more severe stages, and this is a burgeoning area of study.

Until an effective treatment or cure for Alopecia Totalis and Universalis is found the choices are fairly limited, with those affected having to either embrace their baldness or - like Andy - wear a wig. Luckily there are a number of UK charity organisations offering support in dealing with such a visible condition.