After being diagnosed with ulcerative colitis back in 2006 award-winning fashion designer Marc Jacobs decided to make some lifestyle changes. On the advice of a nutritionist he started hitting the gym and being more careful about his diet. Following two stints in rehab for drug and alcohol abuse, the New Yorker got clean and turned his attention to his appearance.

Famed for his candour, Jacobs has spoken openly about addressing his hair loss as part of this transformation - including why he wasn't keen on getting a second hair transplant. 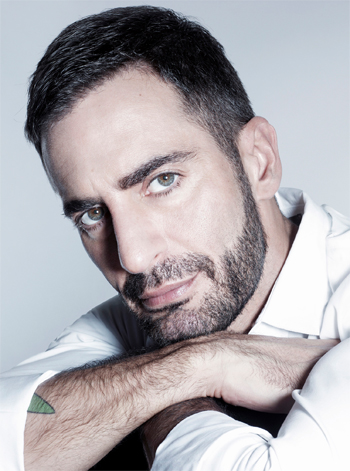 "I prefer to have hair"


Looking back on his image overhaul he told Paper magazine: "I was miserable for the first year -- but I started to see the results, and anything that makes me feel good I do more of!"

"Once I got into the habit of eating well and got over the initial pain and discomfort of going to the gym, I got really into it. Then I started to see a physical change," he continues. "I stopped wearing my glasses, I cut my hair, I started to tan... I went from 20 percent body fat to 8 percent body fat, and I was looking fit..."

However, there was one element of his appearance the chain-smoking designer was not happy with - his thinning hair. "I care about how I look," he told GQ magazine. "I am self-conscious and I know how I prefer to look and I prefer to have hair."

Marc Jacobs had his first hair restoration procedure in May 2010, aged 47, after becoming concerned about his thinning crown at one of his fashion shows.

"My hair was thinning and had been for years. A few of my friends have had transplants and I thought about it a couple of years ago then chickened out," he told GQ magazine. "Finally I came out after a show and when the light hit the back of my head I thought, "Oh my God!" because it was so thin and because I was dying it black it looked even thinner."


On explaining how his friends' experiences motivated his decision to take the surgical route, he said, "I thought, "Well, if they have all done it and my friends felt happy with the results, I'm going to try it"."

One thing the heavily-tattooed designer was not prepared for, however, was the pain of the operation. "Oh God, it was really painful," he says. Telling Details magazine, "I couldn't sleep on my side, and I couldn't put my head back." He confessed to finding the pain far worse than any of his many tattoos, admitting: "I didn't cry over those."

His surgeon used the Follicular Unit Transplantation 'strip' method and advised Jacobs he would need a second procedure. This was not something he felt comfortable about, telling GQ at the time, "I did it once and the doctor who did it said you will have to come again to get the results that you want. Honestly, no regrets but I haven't seen the results yet because it will take months to grow in. But it's all too fresh in my mind and the idea of going through that pain again is not something I really want to do."


Although male pattern baldness is a genetic condition, there are lifestyle factors which can trigger or exacerbate this type of hair loss.

Marc Jacobs started his eponymous label in 1993 after being sacked from Perry Ellis for his now legendary 'grunge' collection which pioneered the defining 90's fashion trend. In 1996 he also took on the coveted position as Creative Director at Louis Vuitton, flitting between Paris and New York as he continued to design his own brand collections simultaneously. Despite his commercial success - reportedly doubling Vuitton's sales from $1.2 billion in 1997 to $2.4 billion by 2001, and $9.4 billion by the time he left the brand in 2013 - it was a stressful time for Jacobs fraught with money worries and disputes with both brands' parent company, LVMH.

This stress, combined with his excessive smoking, drug and alcohol abuse, all on top of erratic sleeping and eating habits is likely to have compounded his health problems and intensified his thinning.

Jacobs' inflammatory bowel disease, ulcerative colitis - both the condition itself and its treatment - has also been linked to hair loss before adding in any of these other influences which are all established motivators of hair shedding. Turning around his approach to health and wellness would have helped to improve the condition of the designer's hair as well as his overall well-being, even if he admits to still being a chain-smoker and consuming a lot of diet drinks.

Despite the painful transplant surgery, it is not a decision Marc Jacobs regrets and, five years on, his hair is looking great - undoubtedly part of the reason a New York Times reporter who interviewed Jacobs last month remarked how the now 52 year old, actually "looks 38 or 39". 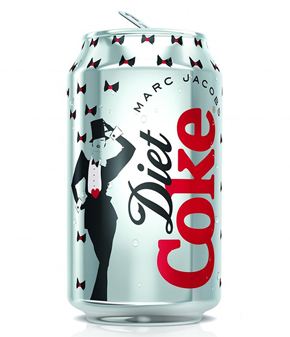 Based on his hair now, we would assume the designer is following an on-going aftercare regime to maintain the results of his procedure. These programmes feature clinically-proven male hair loss treatments to prevent further shedding around the transplanted area. This approach is the same as that generally recommended by hair restoration surgeons for men to use for at least six months ahead of undergoing the procedure. This helps to prep the hair for surgery by stabilising hair fall and ensuring the hair is in the best possible condition to work with, though some men find they respond so well that they are pleased enough with their regrowth results to forego their transplant.