His frequently changing hairstyles have contributed to his status as an international fashion icon but this latest look may have revealed a little more than David Beckham had intended.

Following rumours that the former footballer had a hair transplant, the 43 year old had a short crop, that exposed thinning hair on top - one of the key signs of the hereditary hair loss condition, Male Pattern Baldness. 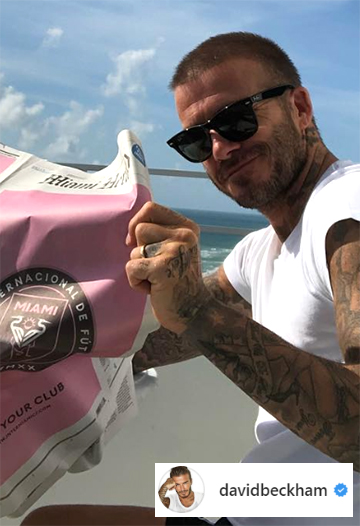 
David Beckham - who now owns his own range of grooming products but said that he always wanted to be a hairdresser - has previously spoken of his fears about going bald.

In a 2012 interview Beckham said that, should he start losing his hair, he would shave his head rather than undergo surgery. Now, this new look seems to back that sentiment, despite recent rumours that the Club Internacional de Fútbol Miami owner had a hair transplant in late 2017/early 2018 to address his receding hairline.

At the time Belgravia's experts picked up on another reason that could have explained his thicker-looking hair: hair loss concealing micro-fibres. These are powdery fibres which bind to the strands, temporarily creating a fuller-looking head of hair. Due to the nature of hair colour being made up of myriad shades and colours, it can be tough to find an exact match. This can result in them looking somewhat flat and creating a matte finish that is not quite the same as the hair's natural tone. The former Manchester United star had exactly this matte, slightly red-tinged look in the Autumn/Winter 2018 Kent & Curwen menswear campaign he modelled for.

Whether David Beckham decides to shave it all off and rock a bald look, given he definitely has a good head shape to carry it off, or whether this shorter haircut is in preparation for hair restoration surgery, remains to be seen. What is clear from his Miami photographs, published in a number of newspapers, is that the father of four's hair is certainly looking remarkably thinner, and 'tuftier' on top than previously. His own photo - shown here - that he posted to his Instagram account, appeared to be more shadowy, making the hair appear darker and giving his hairline a strangely rounded shape.

With the stress of launching his MLS team combined with constant rumours circulating on social media and in the press regarding his relationship with his high profile wife, not to mention his large family, it could be that a resulting 'blip' in the hair growth cycle has caused some temporary shedding. Conditions such as Telogen Effluvium are known to be stress-related, causing extensive temporary hair fall around three months after being triggered, from all over the scalp. This stress can be physical as well as emotional, such as where there is an underlying illness or injury, and normal hair regrowth tends to occur within six months. 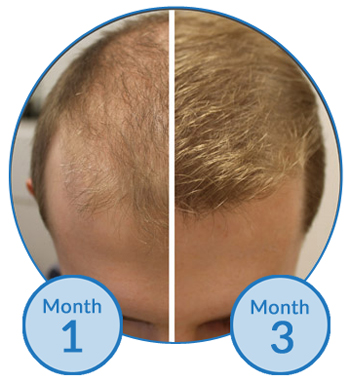 
As Male Pattern Baldness is confined to the top of the scalp only in genetically predisposed men - anywhere in the area from crown to hairline and temporal regions - and Beckham appears to only be going thin on top, any stress may simply have exacerbated existing hereditary hairloss.


Of course, shaving it or 'doing a Rooney' to harvest and re-plant follicles into sparser areas of the scalp aren't the only options when it comes to dealing with Male Pattern Baldness. By the looks of recent photos showing Beckham's thinning hair, if he did want to try saving it, his hair is far from being too far gone to be faced with this stark choice.

The third option would be for him to slot a custom Male Pattern Hair Loss Treatment course into his regular grooming routine. There are two clinically-proven medications - one topical, one oral- that have been both MHRA licensed and FDA approved for men with genetic hairloss. These can be used alongside appropriate hair growth supporting products to form a well-rounded approach to hair care, tackling thinning hair and, over time, preventing baldness.

To find out more about this non-invasive option, should consult a hair specialist either online or by visiting a dedicated hair loss clinic. They will be able to provide a diagnosis, prognosis and recommendations for appropriate hair loss treatments based on key factors, including condition, level and pattern of shedding, medical profile and lifestyle requirements. Whilst people sometimes query why it's important to find a course that works with their lifestyle, the reason is simple: no matter how good a product is - it will have the best chance of working if you actually use it!