It seems that hair loss is the excuse du jour for sportsmen who want to get out of matches or who aren't at their best.

Hot on the heels of NFL player Joe Thomas declaring himself 'doubtful with a receding hairline' for a recent game, Indian cricketer Mohit Sharma has now used to same reason for his recent drop in form which has seen him ditched from the national squad. However, whilst Thomas was joking, Sharma remains convinced the two are linked.

Cricketing success 'cost him his hair' 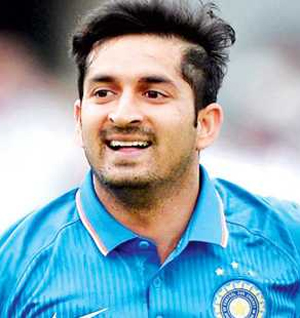 In 2009 Mohit Sharma was asked by ESPNCricInfo what was the worst thing about being a professional cricketer. "You lose a lot of hair," he responded. "...especially when you are an opening batsman! Like [Virender] Sehwag, I'm losing my hair left, right and centre. Cricket has giving me everything but it is taking away all my hair."

Seven years later, the right-arm medium pacer's thinning is even more of a sticky wicket. Sharma told the Hindustan Times, “I realised I was losing hair, and it really affected my confidence big time, which in turn affected my bowling." His drop in form due to his receding hairline saw him go to the World T20 tournament but not actually play, and has kept him from being selected for the national team.

Many men are affected by confidence and self-esteem issues when they start to lose their hair. Especially those whose hair starts to go prematurely in their late teens or early 20's - something which is becoming increasingly common thanks to the pressures of modern society. In 2009 when Sharma gave the first interview about his hairloss, he was just 21 years of age.

Now 28, and with signs of shedding but still plenty of hair, his thinning still looks to be in the moderate range. Accordingly, it does not appear too late for the bowler to catch his hair loss and turn it around. 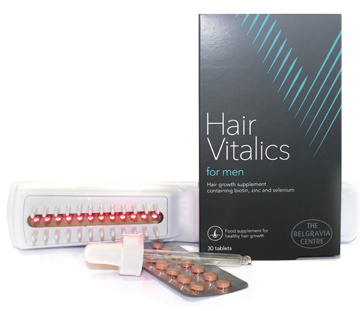 Sportsmen can use hair loss treatments


There are two clinically-proven male hair loss treatments - one oral, one topical - which are licensed by the MHRA in the UK and approved by the FDA in the USA.  Various hair growth supporting products can also be added in alongside these key treatments, to supplement the course.

These can be used together or individually to help to stabilise shedding and promote hair growth as long as the individual is medically suitable and there is still hair on the scalp - even if it is thin.

Once the scalp takes on a smooth and shiny appearance this is a sign of true baldness; in this instance the hair follicle has likely been rendered incapable of producing hairs making treatment futile as there is no follicle left to stimulate.

These treatments are suitable for sportsmen - whether professional or amateur - to use, and you don't need to be a top sporting star to afford them either!

If you have a pattern of hair loss similar to Mohit Sharma's and would like to know how to treat a receding hairline, a consultation with a professional hair loss specialist can provide you with personalised advice, including a diagnosis and treatment recommendations based on their findings.