Researchers in Korea have been investigating a potential new hair loss cure that has already proved to be successful when tested on mice.

According to the Korea Herald newspaper, the South Korean scientists have created a new type of biochemical material that may stop hair fall and one day lead to new hairloss treatment options. 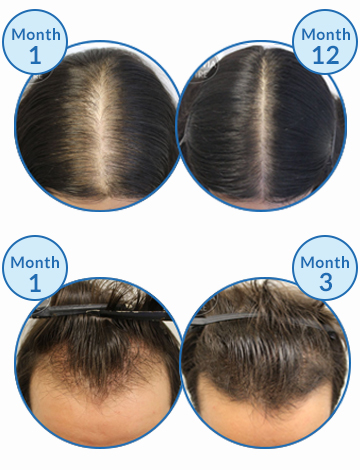 
It is being developed with the genetic conditions male pattern baldness and female pattern hair loss in mind, as these are the two most widespread forms of hair loss globally. It is thought that these conditions will affect around 50% of men by the time they are 50, and, according to NHS England, around 50% of women by the time they are aged 65 or over.

Both of these conditions are already treatable, and clinically-proven drugs are used by people all around the world to stop their androgenetic alopecia (as genetic hair thinning is also known). For men, this typically involves the use of the MHRA licensed and FDA-approved drug finasteride 1mg, which can help to inhibit a testosterone by-product named dihydrotestosterone, better known as DHT. In adults with an inherited sensitivity to it, DHT can cause follicles to shrink around the top of the head and hairline, leading to increasingly weak, thinning hair.

Men following courses of male hair loss treatment can also opt to use formulations of high strength minoxidil which are applied directly to the scalp. By opening up potassium channels in the scalp, new hair growth is encouraged. Minoxidil is the only other MHRA licensed and FDA approved hair loss treatment for androgenetic alopecia.

Although they cannot use finasteride, women's hair loss treatment courses, also comprise appropriate solutions of minoxidil which is applied directly to the scalp in order to promote hair growth. Additionally, like those for men, supplementary hair growth supporting products designed to further encourage hair follicle stimulation and healthy hair growth can also be used. 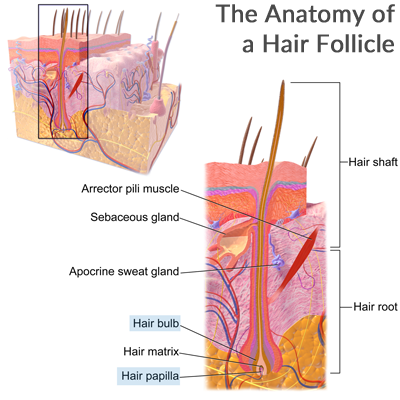 
The Korean researchers are trying to stop a protein called CXXC5 from acting as a negative regulator of the Wnt signalling pathway inside cells that are linked to follicle development, and the biochemical material they have created is called PTD-DMB.

“We have found a protein that controls the hair growth and developed a new substance that promotes hair regeneration by controlling the function of the protein,” said Choi Kang-yeol from Yonsei University in Seoul. “We expect that the newly developed substance will contribute to the development of a drug that not only treats hair loss but also regenerates damaged skin tissues.”

Having tested PTD-DMB on mice, the scientists report that new hair follicle growth was seen after 28 days. The plan now is to test on other animals to find out whether or not PTD-DMB has any toxicity issues  and also to see if the results can be replicated. Naturally, the long-term goal is to develop a new drug that may one day be used by humans.

As both male and female pattern hair loss are permanent, progressive conditions, if signs start to develop - whether these are excessive shedding, a receding hairline or simply a noticeable, on-going drop in hair density, for example - it is worth taking action swiftly. These hair loss conditions can often be successfully managed by proactive treatment tailored to the individual's specific pattern and level of shedding, as well as their medical profile.