People about to undergo radiotherapy may soon have a new tool in their arsenal to help reduce the hair loss that is so often caused by the treatment.

Thinning hair and baldness caused by radiotherapy can severely add to the distress and trauma of a cancer diagnosis, especially when the hair loss can often be more pronounced and permanent than when hair is lost to chemotherapy drugs. These drugs can also sometimes be taken while wearing a device named a cold cap, which can minimise shedding. Unfortunately, cold caps are not currently suitable for patients undergoing radiotherapy treatment.

Scientists at the University of Rochester in New York believe a type of “compression headband” may hold the solution when people are facing radiotherapy, and recently announced a study into the use of such a device on people who are undergoing whole brain radiotherapy. 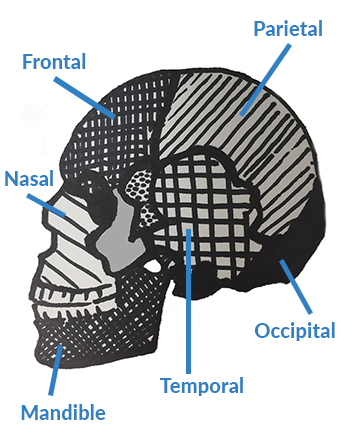 Although the trial has been temporarily suspended while the medical team adjusts the design of the headband (the results on four subjects so far showed that the design was not quite right), it has certainly not been abandoned entirely, meaning that it continues to hold a glimmer of hope. Researchers want to see if the device will significantly reduce hair fall that happens as a result of radiotherapy, and they will be measuring any changes in the level of hair loss at six weeks following radiotherapy.

They also want to ascertain whether there are any temporary effects of wearing the hair loss prevention headband, such as nausea, headache and redness. Additionally, they want to observe if and when hair grows back on those patients who did lose their hair during radiotherapy even though they were wearing the headband.

As you can see from the diagram pictured here, this means the bands will go from ear to ear around the back of the head, sitting across the occipital bone where the protruberance lies, just below the crown. 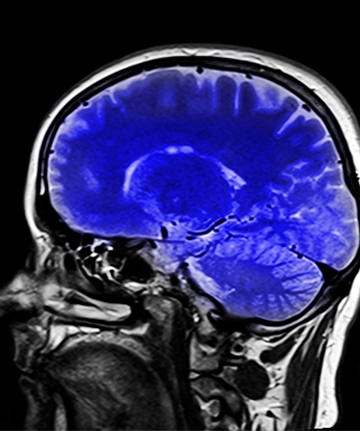 Whilst it is hoped that the trial can resume soon, other methods of minimising hair loss during radiation therapy are also being explored. For example, a UK trial was announced last year that aimed to ascertain whether a relatively new form of more precise, targeted radiation treatment known as VMAT was less punishing to hair follicles than traditional radiation methods.

“Hair loss has been found to have a negative impact on quality of life, and can be particularly stressful for patients with a very short life expectancy,” they wrote at the time.

Permanent hair loss from radiation used in radiotherapy is also known as cicatricial alopecia, or 'scarring alopecia'. This refers to a group of conditions which are almost always untreatable due to a trigger factor destroying the hair follicles. In this case the radiation would be the cause, but in other instances it can be due to scalp burns or extreme - and usually rare - hair loss conditions such as pseudopelade.

Encouragingly, various studies have been reported recently as more teams investigate novel ways to treat scarring alopecia - from a topical solution known as Tacrovin, to growing artificial skin with active hair follicles in research labs. Whilst there are no medically-approved treatments available for this condition at present, the fact that research into this area is growing and clinical trials are being held as teams develop potential treatments, does provide hope for more options in the future.

Although, according to Cancer Research UK, hair loss happens in every case of radiotherapy carried out on the scalp area to some extent, it is not always permanent. In fact, in many cases the hair will grow back naturally. It is also only radiotherapy for certain illnesses that require whole-head treatment and, therefore, can cause hair loss over the whole scalp. If the treatment is specific to one particular area of the head or neck, it is possible for hair fall to be confined to a patch in that area, as well as in the same place on the opposite side of your head as this is where the beam exits.