As with many men, it was a photograph of himself taken from an odd angle that spurred actor John Thomson into taking steps to deal with his hair loss.

Men who are losing hair to Male Pattern Baldness often quietly come to terms with their thinning hair, and choose hairstyles that help conceal what’s going on. John Thomson was no exception, but there was no hiding from a photograph taken from above when he was bungee jumping in New Zealand.

When he saw the photos he said to himself: “That’s not good is it? It’s an ‘apprentice monk’ kind of look.”

Thomson’s solution was to sign up for a hair transplant procedure, something he openly talks about in a promotional video shot for the surgery who performed the operation. 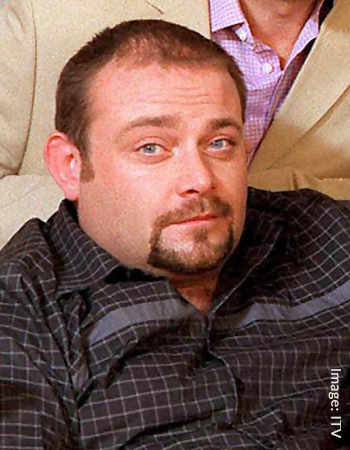 As well as his bungee photos, Thomson says that two things pushed him towards sorting out his hair loss. “I had a bath in a hotel that was very white and I got out and there was lots of shedding all round,” said the former Fast Show star. Another factor, he says, was the fact that his hair looked so thin in the bathroom mirror after he’d gone to freshen up on an aeroplane just before landing. “I went, ‘You know what? I'm gong to do something about it,’” he said.

Modern hair transplant surgeries take donor hair from the back and sides of a patient’s head basically the places where it is still abundant, as Male Pattern Baldness typically affects the crown and front of the head first. Individual follicles are extracted by a skilled surgeon, who then re-inserts them where they are needed. It is a little like pulling up tufts of grass from a lawn where they are growing well, and replanting them in bare soil.

It can be a fast and effective solution in certain cases of male pattern hair loss, although costs are high often £5,000 or more. For this reason, many men choose a bespoke hair loss treatment course instead. This puts clinically-proven products to use to stabilise shedding and encourage regrowth. When successful as it very often is the results can be as impressive as or better than a good transplant.

It is unknown if Thomson was encouraged to undergo a hair loss treatment course before his operation patients are often advised to do so in order to give their surgeon more to work with. What is clear is that the actor is delighted with his results. “There’s no worry any more that it’s going,” he says. “It’s not purely vanity it’s my job. I’m going to be cast younger with more hair than without.”

Thomson has recently returned to the TV as Pete Gifford in Cold Feet after the show’s absence for 13 years. Fellow Cold Feet star James Nesbitt has also spoken openly about having hair restoration procedures, something which Thomson mentioned in his video for the surgery which was performed by Belgravia's hair transplant partner, Bessam Farjo. He joked that the two of them were providing newspapers with a string of bald-related headlines. Scriptwriters even managed to get his real-life solution into an episode of the new Cold Feet series as John Thomson's character said to Nesbitt's 'Have you got more hair?' - 'Maybe,' he replied.

Nesbitt has actually had two hair transplants; it is often the case that one isn’t enough and that more hair needs to be redistributed to do a convincing job. Additionally, some men don’t complement the surgical procedure with a hair loss treatment course, meaning that the newly-implanted hair can be as prone to falling out as the hair it replaced. It is only by stopping the creation of testosterone by-product named DHT that genetic baldness can be reduced.

Unfortunately, it would appear that Nesbitt is shedding again as recent images show that he has a thinning crown. A third transplant might not be an option, as surgeons often prefer to stop after two. A third, they fear, might mean spreading the donor hair too thinly.

Interestingly, Pete Gifford, the character that John Thomson plays in Cold Feet, is battling depression in the series’ latest storyline. Depression and stress are known to worsen certain hair loss conditions in some cases, Male Pattern Baldness being one of them. Let’s hope that Thomson doesn’t subscribe to the ‘method’ school of acting or he might find himself wishing he’d waited until filming was over before signing up for his surgery.