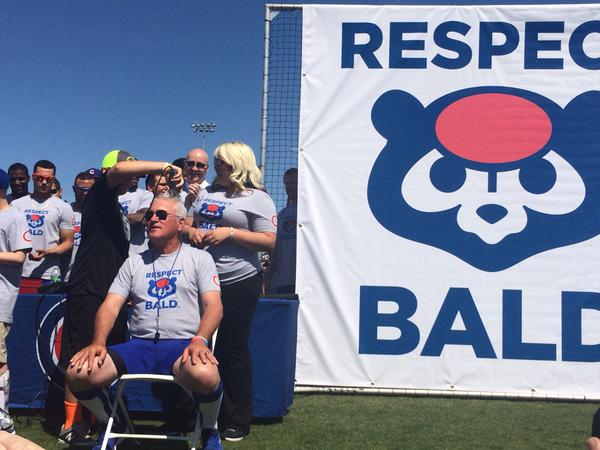 The Cubs' 61 year old manager kicked off proceedings by getting his head shaved first, and was followed by some of the team's top baseball players, including shortstop Starlin Castro and first baseman, Anthony Rizzo. Everyone who took part had to donate $100 to the charity, or $50 for fans, in order to get their head shaved and receive a 'Respect Bald' t-shirt.

The club's coaches, executives and fans also got in on the act, getting shorn for charity and showing solidarity with children with hair loss following chemotherapy treatment.

Generous coach Dave Martinez also donated $500 in order to allow five fans to see some razor action alongside their favourite players at the Sloan Park event. Fans that were unable to make the event were encouraged to take part remotely by shaving their heads wherever they were, and making a donation online. 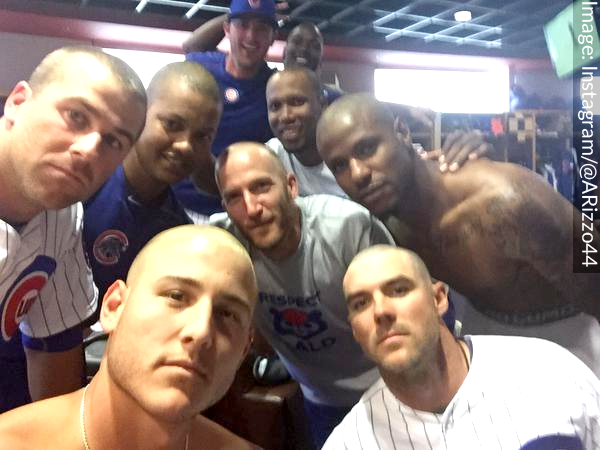 Fan and Cubs blogger, Danny Rockett, who was one of those who took the plunge and had his mohawk shaved for the occasion, recounted his experience:

"What an event!" he said, "Maddon signed autographs for kids, including my cousin Allegra. The players selfied, chatted, and joked. It was a hilarious stunt to help sick kids, but also a great way to build camaraderie amongst Cubs players, coaches and fans alike."

"I gave my mohawk and about $80 of my own dough to 'Respect Bald" and took as many pictures as I could. What a treat to be shorn next to catcher Welington Castillo! I had so much fun during this event, I immediately started growing my hair again so I can participate next year, though I fear I'll have less and less to donate each Spring... A great time for a great cause!"

Respect Bald specifically supports paediatric cancer sufferers who often lose their hair following chemotherapy. However, there are a number of charities who support children who have experienced hair loss for other reasons, including from hair loss conditions such as Alopecia. These include the Little Princess Trust in the UK and Locks of Love in the USA. These two charities accept donations of hair as well as money in order to provide free wigs to children whose condition or treatment has caused them to suffer hair loss.

You can find out more about how to donate your hair to help children with cancer, alopecia areata and other conditions which cause them to lose their hair, on our blog, as well as a number of inspirational stories from those who have come up with kind and creative ways to support these worthwhile charities.