might not be as much of a household name in the UK but in America the basketball star is a living legend not that this affords him any let-up when it comes to NBA “banter”, the most enduring of which concerns his apparent hair loss. 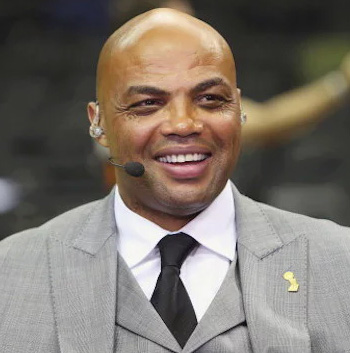 The Cleveland Cavaliers star has been photographed with so many different hairlines that his hair has become as hotly debated as a conspiracy theory. Though James’ own hairdresser recently stated that the hair was “all his own”, many others seem less convinced. His hair loss and regrowth has even been documented season-by-season in the popular NBA computer game series.

Among them is the smooth-scalped, former USA 'Dream Team' icon-turned-pundit, Charles Barkley. The controversial Basketball Hall of Famer recently weighed in with a number of remarks stating that James should stop using “paint” and that he should also make the most of new NBA rules allowing sponsors’ names to be printed on shirts by brokering a deal with Rogaine. Rogaine is the name of an off-the-shelf hair loss product available in the US. Its UK name is Regaine. 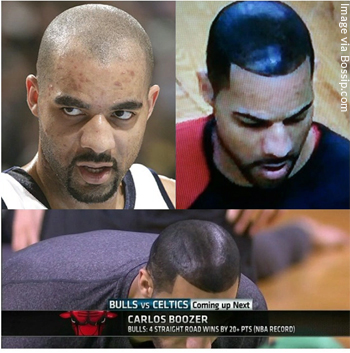 If you’re wondering what Barkley means by “paint”, we suspect he’s talking about the hair dye Bigen.

This powder dye product is marketed in the US at black men, and is often used in barber's shops, as it can dramatically change someone’s appearance by giving them a very full very black hairline. The effect is not always very subtle, however, and critics point out that using it can make it seem as if the hair has been painted on with a marker pen.

James is not the only NBA player who is whispered to have used Bigen; Chicago Bulls star Carlos Boozer used the product in 2012 and took so much stick for his dramatic and sudden change of appearance that he ended up coming clean on TV a few years later: “I tried it,” he said, adding that it just made his hair “look like shoe polish.”

Many sports people and indeed, many thousands of men in their 20s, 30s and beyond choose to tackle their baldness with a bespoke male hair loss treatment course rather than dyes.

Male Pattern Baldness is a genetic condition that typically leads to loss on the top of the head, most notably causing a thinning crown and/or a receding hairline, and treatment courses prescribed by specialists at a dedicated hair loss clinic typically include the use of two clinically-proven medications.

These can be used alongside recommended hair growth boosters such as the HairMax LaserComb and Hair Vitalics food supplements. When appropriate, clinical treatment therapy can be added, too. 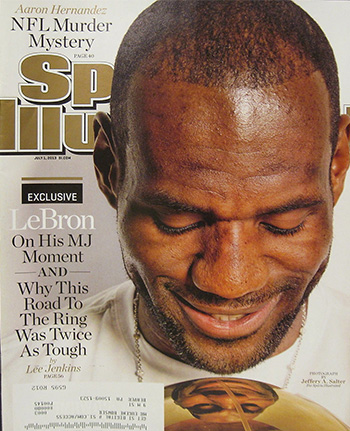 This multi-pronged approach has seen countless success stories including Belgravia client “Mr G” who saw significant regrowth following a bespoke treatment course. “When I came to Belgravia I was skeptical but after seven months I am seeing incredible results,” he wrote.

While LeBron James is thought to be the world’s third highest-paid sportsman, with his lifetime deal with Nike rumoured to be worth more than $1 billion alone, one possible explanation for his apparent continuing hair loss problems might be that he likes to hang on to his money (maybe he doesn't realise Belgravia's hair loss consultations are free).

His long-time friend and former team-mate Dwayne Wade and his wife, actress Gabrielle Union, recently said during an interview that James was so cheap that he will always make the most of free Wi-Fi before leaving a hotspot as he refuses to pay data-roaming charges on holiday, and described him as an "exact tipper".

"If there's no Wi-Fi, he does not mess with data roaming," shared Union. "This is no joke," her husband confirmed before imitating LeBron: "'I'm gonna send this text before I leave the boat because there ain't gonna be no Wi-Fi, probably." Recognising the ridiculousness of the situation Wade admitted, "It's amazing. And I'm like, 'we just rented a yacht. You flew private here...'" - "But no data roaming. That's where he draws the line," added Union.

Of course, not everyone deals with hair loss in the same way and some men are happy to let nature take its course. However, if your hairline resembles LeBron's and you're not happy about it, a hair loss specialist will be able to talk you through your options, provide you with professional hair loss advice and tailor a bespoke treatment plan to help regrow your hair.

How Much Does Hair Loss Treatment Cost at Your Clinic?'

How Much Does Hair Loss Treatment Cost at Your Clinic?'