New research from the United States and Singapore has shed light on why people experience hair loss with old-age and suggests that this type of thinning may be slowed down with creams that could alter a person's metabolism.

The work of a team led by A*STAR (Singapore) scientist Thomas Dawson, as well as researchers from the Medical University of South Carolina Pharmacy School, puts forward the idea that it is the slowing down of our metabolism as we age that leads to age-related hair loss, also known as chronogenetic alopecia and senescent alopecia. 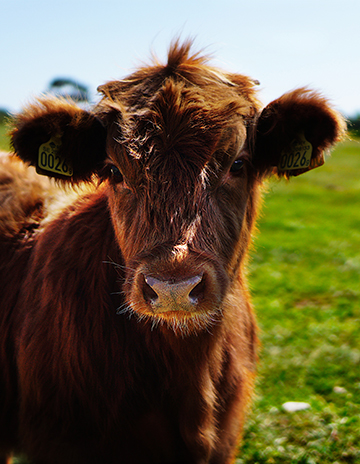 Bioenergetics of the hair follicle

The researchers used laser microscopy on human and cow hairs to study what happens at a molecular and metabolic level, with a particular interest taken in how mitochondrial metabolism and its by-product, reactive oxygen, feature in the bioenergetics of the hair follicle.

Reporting on the findings, medicalxpress.com quotes Dawson as saying: "As we age, mitochondrial energy production slows, so we end up with a reduced ability to make good hair. Any time there is a screw up in your metabolism you lose hair. People who go on crash diets, students undertaking exams, all will lose hair only a small change in metabolism makes a noticeable difference."

The website also credits Dawson with what could well be the best hair-related fact of all time: that the average human grows almost 2m of hair over their body every hour.

The energy required to grow all this hair, say the experts, has long-term consequences. Once old age sets in follicles effectively become "worn out", or as Dawson puts it: "The follicle loses its ability to continue to operate at full form over time."

He adds: "If we use materials such as leave-on creams or lotions that alter metabolism you can change the way hair grows and make follicles survive longer and produce better hair."

This latest research follows a 2016 breakthrough discovery which found that a decrease in collagen as we age may be responsible for hair thinning. Those findings, made by biologists at the Tokyo Medical and Dental University, made the claim that ageing hair follicles were denied a key collagen protein and stop producing hair. This theory was tested on mice, and it was found that age-related DNA damage triggered the destruction of a protein called Collagen 17A1.

The Japanese study also found that the hair follicles of people aged 55 and over were smaller than those of younger subjects and had lower levels of Collagen 17A1. At the time, the scientists behind the study suggested their findings may one day be explored in the hope of finding potential new treatment options for thinning hair.

The reason why hair often falls out in older people is certainly not clear-cut, and in fact one study of more than 2,000 patients seven years ago concluded that old age is not a significant cause of shedding. However, it is certainly true that the likelihood of a person displaying hair fall as a result of a genetic hair loss condition namely male pattern baldness or female pattern hair loss increases with each year, even if this is only because the odds are increasingly stacked against them. By the time men are 50, they will only have a 50% chance of retaining a full head of hair. Post-menopausal women are also more likely to experience the vertex shedding that is seen in cases of female pattern hair loss. 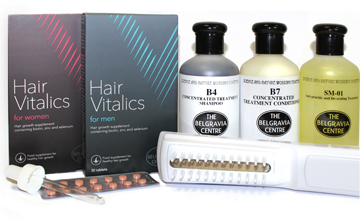 Both of these conditions can be treated in more senior clients (people sometimes assume that specialist help for hairloss is only readily available to people wanting to combat thinning edges, pronounced widow’s peaks, balding crown areas and receding hairlines when they're in their 20s-40s), though the approach is slightly different for men and for women.

In men, genetic hair loss can often be successfully managed through the use of a male hair loss treatment course especially when help is sought before it becomes too advanced. Male pattern baldness has two recognised medications  finasteride 1mg and minoxidil  which have both been licensed by the MHRA and approved by the FDA, having been clinically proven to stabilise existing shedding, promote hair regrowth and prevent baldness with ongoing use. Additional hair growth supporting products can be used alongside either or both of these front-line treatments.

Female pattern baldness is far more common than many people realise, and while some women may be able to disguise their hair fall with clever styling, it is nonetheless worrying to see signs such as an increasingly wider parting, less volume and the hair thinning at the temples.

As per male pattern baldness, there are clinically-proven women’s hair loss treatment solutions too, however, finasteride 1mg is unsuitable for women. Instead, women are able to use topical applications of high strength minoxidil which comes in a range of formulations and can be used alongside FDA-cleared LLLT devices, used to stimulate the follicles. Food supplements designed to encourage the maintenance of normal healthy hair growth, such as Hair Vitalics for Women which contains biotin, zinc and selenium alongside a proprietary blend of key vitamins, minerals, amino acids and botanical extracts, can also be used though these should not replace a balanced diet.