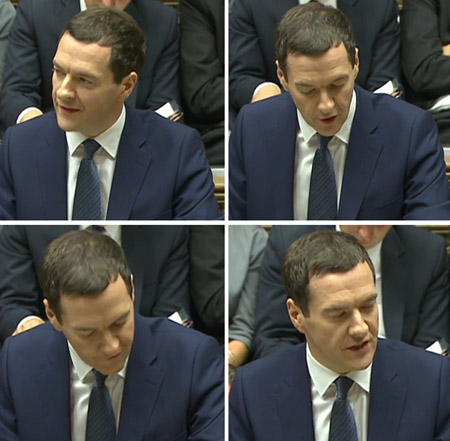 As Osborne announced his five year plan for the British economy, the politician's hair appeared notably different to his General Election campaign look, back in May.

He had previously been accused of having a 'hair makeover' - including a dark dye job and switching to a more youthful, layered style, known to be a flattering haircut for men with thinning hair - in order to appeal to voters. After all, the historical links between hair loss and politicians speak for themselves.

But now that the Conservatives are in power and his position looks secure, could it be that the Chancellor no longer feels the need to conceal his hair loss?

Osborne seems to have kept his smart, shorter haircut, which is worn swept forward to cover his hairline, but it is not looking quite as well-groomed as during the election. The main change, however, was the significantly lighter shade of his hair, through which his scalp could be seen suggesting thinning on top, as well as signs of a thinning crown. 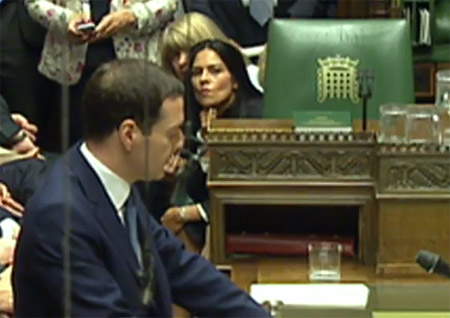 George Osborne has obviously found a cut that works for him and helps to conceal male hair loss. However, as Male Pattern Baldness is a progressive condition which will worsen over time as miniaturisation takes place, a good haircut is only a temporary fix.

This does at least allow him time to decide what he wants to do about his hair - save it or shave it - although in the case of hair loss the sooner you act, the better.

Losing their hair is an incredibly personal issue for many men and one which can be a huge source of stress - something the Chancellor most likely doesn't need any more of whilst juggling multi-billion pound budgets. Furthermore, stress can not only cause but also exacerbate hair loss so it's best to try and come to terms with what's happening as soon as possible. 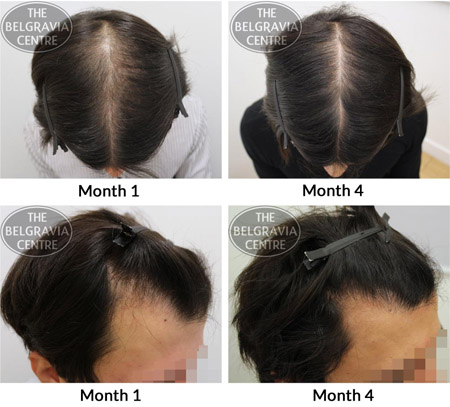 For those who decide they are not yet ready to lose their hair, a hair loss specialist can tailor a bespoke treatment plan to help halt hair loss.

Personalised to each individual's specific regrowth and lifestyle needs, these courses feature clinically-proven male hair loss treatments. Complemented by appropriate hair growth boosters, these form a comprehensive approach to tackling balding, promoting regrowth and improving the strength, condition and thickness of the hair.

From the TV broadcast, it appeared the Chancellor was displaying early signs of a receding hairline and vertex thinning. Should he, or any other men with similar patterns of hairloss, want to address these concerns, they can take comfort in knowing that these type of treatment courses have produced significant regrowth results in many Belgravia clients. One of which is CT, whose Success Story images are pictured here.

Results generally take around three-to-six months to first become noticeable so, should he choose to, George Osborne could be able to reverse his hair loss in less time than it will take to turnaround the economy.

Advice for Men: How To Get A Haircut To Flatter Thinning Hair

Advice for Men: How To Get A Haircut To Flatter Thinning Hair

It’s Tough at the Top for Cameron and Osborne

It’s Tough at the Top for Cameron and Osborne