The consensus among many cancer patients whose chemotherapy leads to hair loss is that wigs are better than nothing but a common problem is that they can be so uncomfortable to wear that they’re not worth the trouble, especially when many wigs aren’t really styled to a patient’s liking.

All that is steadily changing in Northern Ireland, however, thanks to the appointment of an industry-leading hairdresser as the stylist at Craigavon Hospital’s Macmillan Centre. Keris Weir, the 2011 winner of the E4 TV series Great British Hairdresser, now visits the centre every Tuesday to work with women on the styling of their wigs.

Keris has previously worked under celebrity hairdresser James Brown and has styled the hair of Kate Moss, Jennifer Lawrence and Anne Hathaway. 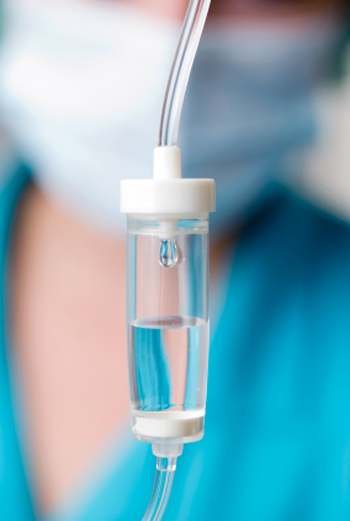 frequently leads to hair loss because the anti-cancer drugs circulate throughout the body, not just around the area they are intended to treat. When they reach the scalp they can disrupt the hair growth cycle by attacking hair follicles which is when hair starts to fall out.

Depending on the type of cancer they have, many people are now able to minimise hair loss by wearing a cold cap during their treatment sessions. This is a chilled helmet-style device that fits onto the scalp and freezes it to temporarily reduce blood flow to the area in order to deter the drugs from being carried to the scalp. Whilst one brand of cold cap, the DigniCap, was recently FDA-cleared it is not suitable or available in every case, meaning that hair fall from chemotherapy remains extremely common.

Luckily, hair lost in this way often grows back of its own accord within a year, though the interim period can be challenging for women, who frequently report feelings of insecurity and loss of identity.

Carol Herbert, a client of Keris’s who was interviewed by the Belfast Telegraph in a feature article about the hairdresser, described her own hair loss during cancer treatment as “really traumatic.” “I got really depressed about it,” she told the newspaper. “You don’t feel like a woman when you lose your hair.”

When Carol first started losing her hair, she was unknown to Keris and sought her out at her salon in the town of Lurgan because she couldn’t face visiting her usual hairdresser. Later, reports the Belfast Telegraph, after Carol had lost all of her hair, she was offered a wig by the team at the Belfast Cancer Centre. Finding it itchy, however, she opted for something called a halo instead, a kind of hair-band with hair attached to it that is worn under a cap to give the illusion of having a full head of hair.

As her hair grew back, Carol returned to Keris for a series of funky cuts, and now says that Keris’ involvement at Craigavon Hospital will be a great boost to others going through what she went through. “It is really awful and it’s only with the help of others you get through it,” she told the Telegraph.

For her part, Keris is getting a lot of out the appointment, too. “It is a very different challenge from what I am used to,” she told the newspaper. “To be giving people their hair back is a very humbling experience.”