This season of Celebrity Big Brother has been full of drama, with two stars being ejected from the famous TV house before an eviction had even taken place! The latest source of tension between housemates involves a subject close to our own hearts - hair loss.

"I've got more hair on my armpit" 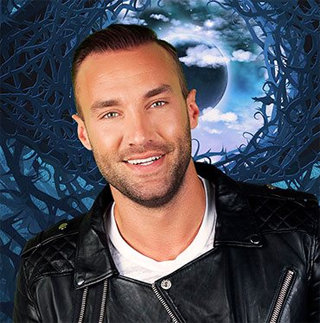 When Calum found out what had been said, he confronted Chloe, saying "‘You said that? I’ll remember that... Let me tell you something I’ve been nothing but nice to you but you said that out loud. Wow."  The actor later claimed he was 'cool' with the jibe but added, "Let me just say if you have anything funny to say then say it to me… I love you to bits but I would never insult you."

You can watch the follicle fall out in this video (story continues below).

, 33, has been experiencing male pattern hair loss since his twenties and had his third FUE hair transplant not long before appearing in the Channel 5 reality show.

He admitted to undergoing his third surgical procedure in two years as he wanted his hair to "look great on TV". Best is also rumoured to have wanted to impress his latest crush, Liz Hurley, so that she will go on a second date with him when he leaves the Big Brother house, so his visible annoyance at the comments regarding his lack of hair seems entirely reasonable.

Having invested so much time and money on restoring his receding hairline, it is understandable that Chloe's attempts at 'banter' regarding the star's thinning hair touched a nerve.

However, even in those who have not spent thousands of pounds on surgery, hair loss is known to have a negative effect on some men's self-esteem. It can be an incredibly sensitive subject and studies have shown that hair loss can even cause psychological problems including a lack of confidence.

For many men with hair loss, restoring their hair can provide a huge boost to their confidence, whether this is by surgical or non-surgical methods.

Here at The Belgravia Centre our clients often tell us how much better they feel about themselves as well as their appearance, following the ego-boost having promising regrowth results from male hair loss treatment can provide. Many of these appear in our Hair Loss Success Stories gallery which features clients' comments alongside photos documenting the progress of their hair regrowth during their treatment course. Examples include the Belgravia client pictured above who says of his results, "My confidence has sky-rocketed!".