Researchers in America have found that a type of hair loss most commonly seen in black women appears to be synonymous with a heightened risk of developing uterine fibroids.

The hair loss condition in question is known as central centrifugal cicatricial alopecia (CCCA) and presents as thinning hair radiating out from the centre of the scalp. The reason for this is due to certain follicles on the scalp having died. Theories about what causes it vary somewhat with some experts believing it is most often caused by extreme heat styling (the condition is sometimes known as hot comb alopecia) but CCCA also shares similarities with a condition named follicular degeneration syndrome and some people think it may in fact be the same thing. 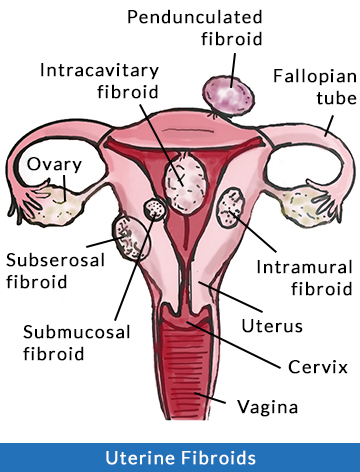 
The new research by doctors at the Johns Hopkins University School of Medicine in Baltimore says that African American women with CCCA seem to be at an increased risk for fibroids and should undergo screening. Their findings follow research into the medical records of nearly half a million black women in which it was discovered that 13.9% of women with CCCA also had a history of uterine fibroids. This compares to only 3.3% of women with no evidence of CCCA. Uterine fibroids, explains futurity.org, are muscular tumours that grow in the wall of a woman’s uterus. Whilst they are usually benign and may not have any symptoms, they can cause pain and heavy menstrual bleeding.

CCCA can cause permanent hair loss due to the follicles being destroyed through inflammation. It is thought to have a genetic element as CCCA can run in families, although there is some debate over whether this is passed on through DNA or via the teaching of hair styling techniques such as using harsh chemical relaxers to straighten kinky hair  by family members.

When caught in its very earliest stages before scarring sets in, CCCA may be treatable. If the hair follicles are still functioning, then stimulation from a personalised treatment plan featuring specially-selected high strength minoxidil formulations from the range available at Belgravia can prove effective. These treatments are applied directly to the scalp where needed and can be combined with suitable hair growth boosters. 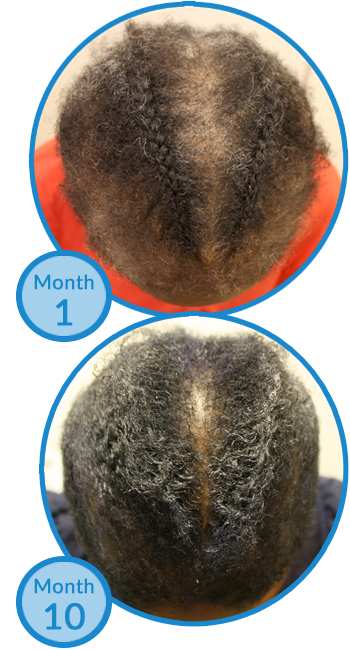 Yetunde, pictured, is an example of one of Belgravia's clients who has been successfully treated for both FDG and Traction Alopecia simultaneously - Click to view her Success Story


Quite often, CCCA presents alongside Traction Alopecia an increasingly common hairloss condition which is frequently caused by tight hairstyles, such as braids, weaves or hair extensions, placing undue tension on the follicles. Whilst solo Traction Alopecia treatment is available, it is also possible to treat both CCCA and Traction Alopecia concurrently, as long as the hair follicles are still operational. It is important to seek professional help early on in either instance as both conditions can cause the follicles to become destroyed, leading to permanent baldness in the affected areas.


Women with Afro hair are often under immense social pressure to treat their hair with chemical hair relaxers and/or heat styling tools such as straighteners, due to ugly prejudices regarding what is considered 'good hair'. One recent study suggested that a fifth of all black women in the US are at risk of losing hair because of these prejudices against the “natural hair” look.

Another study found that around half of African American women are affected by hair loss, and that CCCA not Traction Alopecia is the biggest problem. It is a widespread and serious issue, prompting researchers at the Johns Hopkins University School Of Medicine to create guidelines in 2016 for African American women about what it considers to be risky hairstyles and treatments. Whilst this information is relevant to people with all hair types, it is particularly pertinent to black women due to Afro hair being naturally more fragile than European and Asian hair types.

A glimmer of hope may be forthcoming thanks to a slow-burning trail which began in North Carolina in 2008 that has been trying to ascertain if a certain type of protein plays a role in CCCA. Doctors at the Wake Forest University have been investigating if Fas proteins a death receptor on the surface of cells cause follicles to die. If their findings prove fruitful, there is a possibility that new avenues of research may open up in the hope of finding new treatments.