Can You Stave Off Hair Loss With Blackcurrants?

For almost a decade people have been raving about the health benefits of so-called superfood blueberries, which had overtaken raspberries to become Britain’s second most-loved soft fruit (after strawberries) by 2010.

Blueberries were hailed for their excellent antioxidant properties, with studies suggesting benefits included better skin, a healthier nervous system and even sharper memories. Given their high concentration of vitamin C and vitamin K, it was also mooted that they could help maintain a healthy head of hair, with studies having found that vitamins played a key role in maintaining lustrous locks and preventing some forms of hair loss. 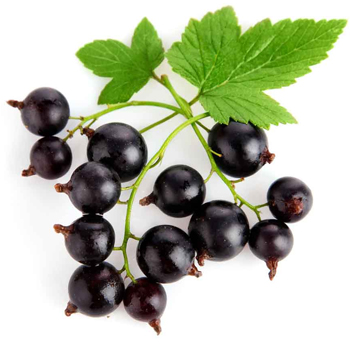 New king of the superfruits

Now, however, a new report hands the ‘king of the superfruits’ crown to the humble blackcurrant. According to the Daily Mail, researchers have found that blackcurrants contain significantly higher levels of health-boosting components than blueberries.

According to Dr Gordon McDougall, a scientist at the James Hutton Institute near Dundee, blackcurrants can contain up to eight times the concentration of antioxidants seen in cultivated blueberries.

In tests, a fellow researcher from Chichester University found that cyclists who took a blackcurrant supplement could shave around 30 seconds off their time on a ten-mile ride.

So could a diet of blackcurrants give a boost to ailing hair? Could hair loss conditions be slowed down or reversed with a bowlful of the tiny black fruits?

Well, the good news is that blackcurrants contain lashings of vitamin C, which is great for maintaining hair health and preventing conditions such as Telogen Effluvium which can be caused by dietary deficiencies.

Though blackcurrants alone nor blueberries or any other fruit, for that matter cannot reverse the genetic hair loss conditions Male Pattern Baldness and Female Pattern Hair Loss, following a good diet is all part of the package when it comes to maintaining your body, hair included.

For that reason, it is well worth keeping an eye open not just for blackcurrants but for blackberries during your next country walk. The latter often grow wild in hedgerows and are typically ready for picking in the next few weeks. They, too, are rich in Vitamin C and packed with antioxidants. 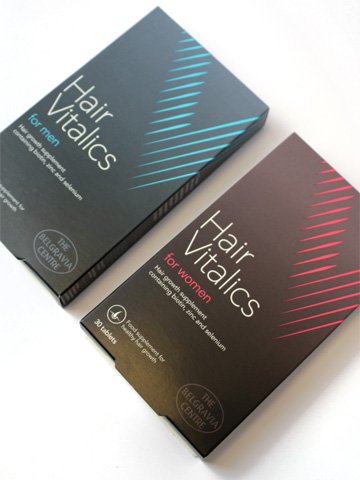 Food trends come and go, but the ones to watch if you want to give your hair the best possible chance of being healthy are the ones that are full of vitamins. Among the more recent must-have foods are kelp, a kind of seaweed and widely touted as “the new kale”, and bone broth, a rather unappetising-sounding soup that is based around boiling animal bones and is packed with vitamins and minerals.

Although it is important to maintain a balanced diet as well, one sure-fire way of ensuring your body gets the vitamins it needs to maintain and improve hair health is by taking a daily supplement designed to do just that. One such product is Hair Vitalics, Belgravia's highly-targeted food supplement which includes the key nutrients required for healthy hair growth in men and women. These contain potent formulations of vitamins, minerals, amino acids and botanical extracts - identified by Belgravia's experts as being crucial in the maintenance of solid hair growth - and packed into convenient one-a-day tablets.

This hair growth booster is typically taken as part of a bespoke hair loss treatment course as it complements Belgravia’s pharmaceutical components, use of which has resulted in numerous regrowth success stories. It can also be taken as a regular hair supplement for those who don't have hair loss concerns but just want to give their locks a boost.

Four Vitamins and Minerals That Can Cause Hair Loss

Four Vitamins and Minerals That Can Cause Hair Loss