Can You Have PRP Hair Loss Treatment Whilst Pregnant?

Social media super influencer The Blonde Salad’s Chiara Ferragni has sparked something of a debate after she Instagrammed a video of herself in LA having a platelet-rich plasma (PRP) facial whilst six months pregnant. Now, people with hair loss who sometimes use PRP treatments to try and replace lost hair want to know if they can use it in the run-up to childbirth, too.

The simple answer is no. PRP treatment which involves extracting a patient’s blood and running it through a centrifuge before re-injecting a certain portion of it back into the body where it is needed comes with risks, as with any invasive procedure. One of the most pertinent being the risk of infection, including that of sepsis, which can be harmful to fetal health. 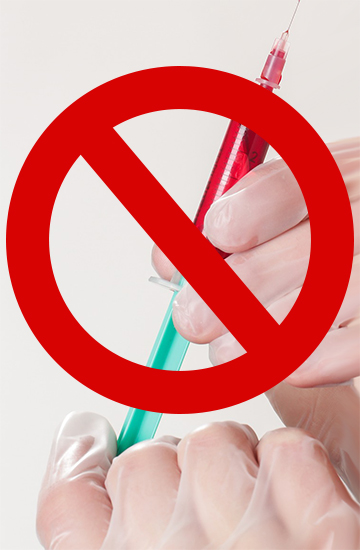 Because of this, many reputable PRP practitioners would elect not to perform the treatment on a pregnant woman, whether as a hair loss treatment or for other reasons.

Not worth the risk


For pregnant women, it simply isn’t worth the risk. Additionally, PRP treatment for female pattern hair loss - and male pattern baldness - is somewhat unproven anyway. Though trials are on-going, to date they have shown that, at best, PRP has some function as an adjunct therapy that may help boost hair growth when used alongside the established MHRA licensed and FDA approved women's hair loss treatment, high strength minoxidil, rather than being a treatment in its own right.

The Belgravia Centre does not currently offer PRP due to its lack of proven efficacy in relation to hair regrowth or as a hair loss treatment.

Furthermore, because PRP is not for the squeamish and is also rather expensive, people often prefer alternative hair growth supporting products, such as Belgravia’s highly-targeted nutritional supplement Hair Vitalics which, in addition to key vitamins, minerals and amino acids, also contains botanicals and biotin, zinc and selenium for the maintenance of normal hair growth Low level laser therapy (LLLT), a follicle-stimulating technique, is also worthwhile considering. It can be self-administered in the privacy of a patient's own home via FDA-cleared devices such as the HairMax LaserComb or LaserBand.


At Belgravia, when a client plans to start a family or when they or their partner become pregnant, their dedicated hair loss treatment advisor will guide them through this period. There are various rules that both men and women using hair loss treatment need to follow during this time, both pre- and post-natal.

Women should not use hairloss treatment whilst pregnant - this should be ceased immediately upon conception until after they have finished breast-feeding. It is not recommended to take Hair Vitalics for Women hair growth supplements whilst pregnant or nursing, however if a woman wishes to do so, she should check with her doctor first.

If their partner is using treatment for male pattern baldness, he can continue to use minoxidil throughout the pregnancy, as normal. If he is taking finasteride 1mg, however, he must stop seven days before starting to try for a baby. It is fine for him to continue taking Hair Vitalics for Men hair growth supplements as normal during the pregnancy.


After a woman gives birth she may experience a period of intensely thinning hair, whether she had a hair loss condition prior to pregnancy or not. This is due to a condition called postpartum alopecia which tends to present a few months after childbirth and affects the whole scalp.

For those who had already been using treatment for a separate condition, such as female pattern baldness, this may mean tweaks being made to their pre-pregnancy programme in order to deal with both issues simultaneously, once it is time to resume their course.

To understand postpartum hairloss, it is important to know a little about the normal hair growth cycle, which consists of three phases: the active growth phase which takes several years, the resting phase which lasts for about three months, and the shedding phase. Hormonal changes that occur in a woman during pregnancy can lead to a sudden increase in the amount of time the hair remains in the growth phase which leads to hair looking fuller and healthy pre-birth.

Once the baby has been born, the cycle gradually regulates itself over a period of up to three months, during which time the hair that was hoarded will shed from all over the scalp. This can seem intense and a cause of concern to those who do not know what to expect, but it is entirely normal. In most cases normal hair growth will resume and be back to normal by the time of the baby's first birthday. If this is not the case - or for anyone particularly worried by their hair thinning after giving birth - post-partum hair loss treatment is available to help expedite this process and may be worth exploring.