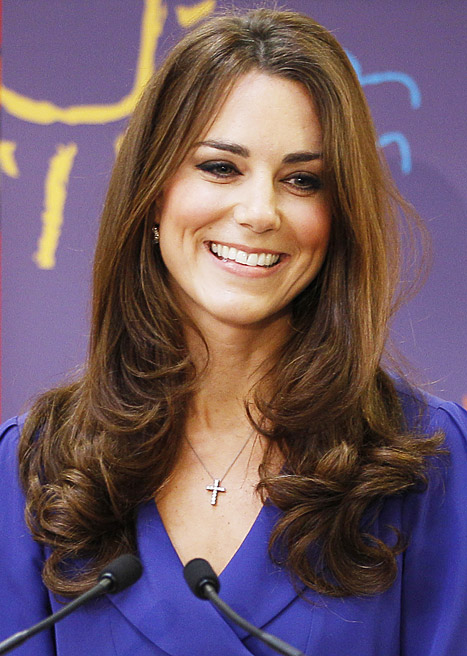 The Duke and Duchess of Cambridge have announced that they are expecting their first child, after it emerged that a concerned Prince William, who suffers from hair loss himself, had driven his wife to hospital due to the severity of her morning sickness.

A spokesman from St James Palace said that the Queen and Duke of Edinburgh, the Prince of Wales and members of both families are delighted with the news. The Duchess is said to be less than twelve weeks pregnant.

A Future King Or Queen

The baby, regardless of its sex, will most likely be third in line to the throne after Prince Charles and Prince William, as parliament is expected to shortly change the current law to allow daughters of UK monarchs the same right to the throne as their sons.

Celebrities who have suffered from hair loss following the birth of their child include Hollywood movie stars Selma Blair, Kate Hudson and Halle Berry.

Post-partum alopeciausually occurs two to four months after a woman has given birth. The reason for the loss is that during pregnancy hair remains in its growth phase (usually two to eight years) for longer, resulting in a higher density of hair. After pregnancy, the temporarily retained hair sheds, which can be worrying for the sufferer. Within six months, however, hair should return to its normal pre-pregnancy density.

Should hair fail to recover after six months, treatment may be necessary. Stress, a change in lifestyle and strain on the body are all factors associated with childbirth that can cause a more long term condition called diffuse thinning.

Women suffering from diffuse thinning are advised to seek treatmentfrom a hair loss specialist at The Belgravia Centre. The main aim of the treatment plan is to ensure that the hair follicles are receiving as much blood as possible in order to increase the supply of nutrients to the area and decrease follicle shrinkage. Then, DHT must be prevented from reaching hair follicles. Both these aims can be achieved by implementing a variety of treatment approaches contained within your tailored treatment plan, from medication and supplements to hair treatments at the centre itself.

Are you a woman suffering from long term hair loss due to pregnancy? You can arrange to speak to a hair loss specialist at The Belgravia Centre by visiting for a check-up to establish the best path to regaining your pre-pregnancy hair (and the confidence that comes with it). You can call us on 0800 077 6666 for assistance or to arrange a free consultation or, alternatively, just send us a message.