Can Swimming Pools Cause Hair Loss? 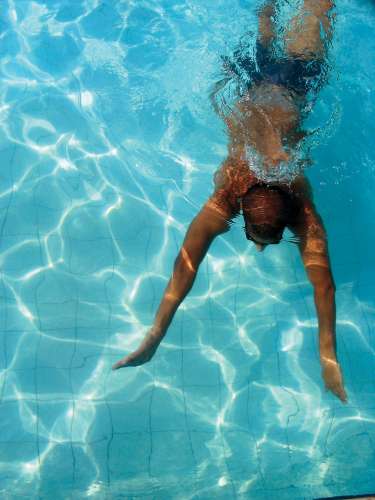 A Californian high school has been forced to close its pool after students complained of eye irritation, hair bleaching and hair loss across different parts of their bodies. The affected students were part of the Berkley High School water polo team, which raised its concerns with the school board. As a result, the decision was taken to close the pool.

After investigation of the problem, water polo coach William Gaebler wrote to students and parents to explain the cause. Tests showed that the pool water had become contaminated, leading to a pH level of 8.4 ten times more alkaline than the allowable limit in the State of California. Normally the water should have been closer to pH 7.

Further investigation revealed that the pool’s pH balance was being affected by faulty carbon dioxide (CO2) tank that should have equalised the effect of the chlorine used to prevent the growth of bacteria in the water. Gaebler’s letter apologised to parents and athletes for injuries caused, and promised the $7000 CO2 tank would be replaced immediately.

Will the hair loss be permanent?

The good news for the water polo players and other students experiencing hair loss as a result of the contaminated pool in California is that any hairloss should be temporary. With time away from the pool, returning only when the normal pH balance has been restored, affected students should start to experience natural hair regrowth.

The Berkley High School incident is an extreme example, but swimmers across the world have experienced damaged hair as a result of the chlorine used to treat pool water. Repeated exposure to chlorine in pool water has been known to weaken hair, making it brittle and easy to break. Over time, large patches of broken and unhealthy hair can take on the appearance of balding or hairloss.

Is chlorine solely to blame?

Hair loss can be caused by a number of different factors. Evidence suggests that normally, swimmers lose no more hair than their non-swimming counterparts, so any hair loss is likely to have a different cause. The rare exception to this is in cases when people are severely allergic to chemicals used in swimming pools, such as chlorine, or whereby the level of chlorine is dangerously high. In these instances hair breakage and temporary hair loss is possible.

Pattern baldness, the most common hair loss condition in both men and women across the world, is completely unrelated to chlorine or swimming. However, without proper diagnosis from a hair loss expert, people affected by pattern balding (or Androgenic Alopecia to give the condition its proper name), could be attributing the loss to the wrong cause, and setting about treating it in the wrong way.

Whenever men or women suspect they may be losing more hair than normal, they should seek professional advice as soon as possible to identify the cause and begin a prescribed course of hair loss treatment to prevent further shedding. Early investigation of hair loss, with treatment if needed, is always more effective than leaving the condition to see if it resolves itself.