The advent of big data is increasingly helping doctors to find correlations between seemingly unrelated health conditions and everything from greying hair to hair loss is all part of the mix.

According to a new article in Men's Health, scientists have found that people with premature greying could be more susceptible to heart problems then those who retain their natural hair colour into middle age. It cites a study presented at the 69th Annual Conference of the Cardiological Society of India which found that men under 40 with prematurely grey hair were more than five times as likely to be affected by coronary artery disease than those who showed no signs of greying.

There is no single explanation for why some men go grey earlier than others, although smoking, stress, certain medical conditions and nutritional deficiencies are listed among other things as potential contributory factors. 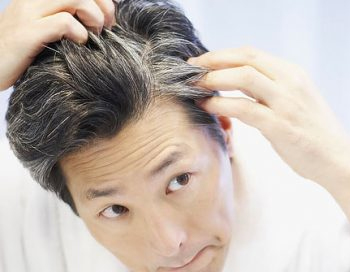 
The findings in India bear similarities to the results of a study at the University of Bonn published in 2017 which confirmed a wide number of earlier reports that men with genetic hair loss had an increased risk of everything from high blood pressure to hypertension and an enlarged prostate. Even more alarming was a study in 2014 in which American researchers claimed that men who had advanced Male Pattern Baldness by the age of 45 were more susceptible to an aggressive form of prostate cancer.

However, such is the complexity of the data which at times can appear to be quite contradictory that one of the professors involved in the Bonn University study said that men with premature hair loss did not need to be concerned. He said that the risks of illness were only slightly increased.

Understandably, the primary concern of most men when they first find themselves losing hair to Male Pattern Baldness is not that this may be linked to medical issues somewhere down the line, but that they would rather like to get their hair back. The good news on this front is that clinically-proven male hair loss treatments can be used to help men keep their hair and, with on-going use, assist in preventing baldness.

Men with androgenetic alopecia have the option of using one or both of the only two MHRA-licensed and FDA-approved medications. The first is a tablet, taken once daily, named finasteride 1mg: this helps to inhibit a testosterone by-product named DHT. 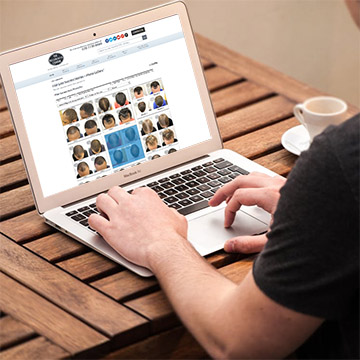 
The second is a topically-applied hair loss solution, high strength minoxidil, which is available in various formulations. It has been shown to encourage hair growth.

These pharmaceutical options can also be used alongside a number of hair growth supporting products. These include low-level laser (LLLT) devices suitable for home-use - such as LaserBands - which use LLLT technology to stimulate the hair follicles - and food supplements which specifically target hair health.


Interestingly, the Men's Health article mentions a 2012 study in which UK researchers put forward the idea that the ageing of melanocytes (which causes hair to grey) could be caused by oxidative stress, something which has also been linked to Male Pattern Baldness. The body is under constant attack from oxidative stress, which happens as a result of too many free radicals (unpaired electrons in the body). Free radicals have been linked to a number of different diseases.

How this all figures into the genetic hair loss equation was put forward by scientists in Turkey who looked at the oxidative stress levels of 33 patients aged between 18 and 30 who all had early-onset Male Pattern Baldness. Their levels of oxidative stress, said the researchers, were significantly higher than the norm.