A brave teenager from Devon has spoken out about being severely bullied from the age of 13, after going bald in just two weeks.

Alopecia Totalis - a more extensive form of the autoimmune-disorder Alopecia Areata - which causes baldness of the head, often including losing facial hair such as eyebrows and eyelashes, set in. It is thought to have been triggered due to the stress of coping with her parents getting divorced. Trauma and severe stress are known to spark this type of autoimmune-related hairloss. 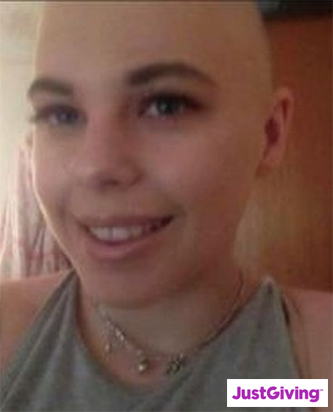 The resilient 17 year old, Charlotte Wilson, has now formed an online support group and share her experiences with the public in order to help others with hair loss - including releasing a beautiful photograph of her without a wig. "I started loosing tiny patches in year 9/10 and within two weeks of being bullied it all fell out. My hair used to be down to bum before this so this literally turned my life around," she says.

Wilson, who faced such extreme bullying both in person and online as a result of going bald that she was forced to change school, also encourages people who encounter those with hairloss to "think before you speak." She points out that "everyone has feelings and just a little comment could affect someone in such massive ways."

This is something both children and adults with Alopecia Areata often report; basketball star Charlie Villanueva who has Alopecia Universalis - the most extreme phenotype which causes complete hair loss from head to toe - released an open letter to his childhood bullies after enduring similar issues to Charlotte when he was growing up.

Alopecia Areata treatment is generally only suitable for over 16s with the scalp-only form at present, however, current research suggests treatments for all forms of Alopecia may be available by 2022.

Helping others to afford wigs


Charlotte Wilson is also crowdfunding to help others who are losing their hair to afford wigs which, she explains, are expensive - her family have spent over £10,000 so far on wigs and counselling appointments for her - but can make such a difference. 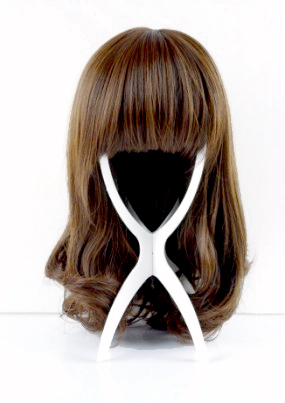 "I have been so lucky that I have had people that helped put money towards my wigs and counselling sessions. And I thought to myself the other night why should other people have to suffer simply because they can't afford these things. I have formed a Facebook community in where other people like me discuss their problems and needing help funding for wigs. There are many people out there that can help but they can't reach everybody. I would like to try and help people out there that can't afford a wig.

Alopecia can happen to anyone at anytime it's scary. And when you can't afford a wig you really feel trapped and I have been so so lucky in which I'm in the position that my family helps me. So if I could help a few people to make themselves feel better in anyway I will do that. I'm donating all my Christmas money to helping other people with not only alopecia but hair loss from other conditions. We all have a right to feel beautiful. I know what it's like to feel no self worth and it's awful," writes Wilson on her donation page.

Another solution those in need of wigs due to medical hair loss may find worthwhile exploring is the Little Princess Trust, which also encompasses the male division Hero by LPT. This much-loved British hair loss charity supplies real hair wigs, made from hair donated by its supporters, to children and young adults in need.

Children With Alopecia Areata Advised to Be Screened for Thyroid Issues

Children With Alopecia Areata Advised to Be Screened for Thyroid Issues