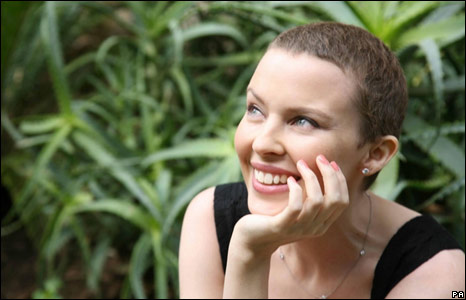 Cancer is often associated with hair loss, due to the fact that cancer patients are seen to have lost their hair, or may have pre-emptively shaved their head. However, it is not the disease itself which causes the hair loss, but the chemotherapy treatment that people with cancer  undergo in attempts to eradicate their tumours.

Now, one group of British scientists are hoping that this unfortunate hair loss and other side-effects of cancer treatments could become a thing of the past.
A team led by Professor Laurence Patterson at the University of Bradford say that they have discovered a treatment technique which may make it possible to target cancerous areas precisely, leaving hair follicles and other normal healthy cells intact and unaffected.

“We’ve got a sort of smart bomb that will only be active in the tumour and will not cause damage to normal tissue,” Professor Patterson said, adding, “It’s a new cancer treatment that could be effective against pretty much all types of tumour we’ve looked at colon, prostate, breast, lung and sarcoma so far, and all have responded very well to this treatment.”

Why does chemotherapy cause hair loss?

Current chemotherapy treatments for cancer involve introducing the chemotherapy drugs into the patient’s body, either intravenously or orally. Once inside the body these drugs attack cells which are actively reproducing, such as tumours. However they are not able to distinguish between cancerous cells which are replicating, and normal healthy cells which are in a productive phase, such as those in hair follicles.

The result of this is that as well as destroying the cancerous cells and reducing the size of the tumour, chemotherapy drugs also damage healthy cells and prevent them from working as they should. This often causes the hair to stop growing during treatment, leading to hair loss. Such hair loss is usually only temporary, but it can be a traumatic experience for those who are already fighting a life-threatening disease.

How would the new treatment prevent chemotherapy hair loss?

Professor Patterson’s team have manipulated an existing drug called colchicine, so that it specifically targets cancerous cells, leaving healthy cells intact and unharmed.  Their new method enables the drug to pass through the body harmlessly, until it comes into contact with the tumour. Once in the presence of cancerous cells, the drug activates and goes to work destroying the cancerous cells.

The research is still in its early stages, but in tests with mice injected with human cancer cells the team found that all of the subjects reacted positively to the treatment and their tumours shrank. In around half of the mice, the tumours disappeared entirely during treatment. The team are now hoping that if they can get funding, human clinical trials could begin within 18 months.

If the drug is proven safe and effective, it could one day play an important role in sparing cancer patients from the added burden and stigma of hair loss during their treatments.

NHS: No Clear Link Between Early Baldness and Prostate Cancer