In a move its star hopes will help to promote awareness, Bollywood movie Gone Kesh will feature a main character with autoimmune hair loss.

Haraamkhor actor, Shweta Tripathi will play a teen who wants to become a professional dancer and is diagnosed with Alopecia Areata. This is the most common form of hairloss worldwide behind Male Pattern Baldness and Female Pattern Hair Loss, and can affect men, women and children of all ethnicities.

According to Bollywood.com, it will be India's first film based on the subject - though we can't think of many Western films tackling this important subject either. 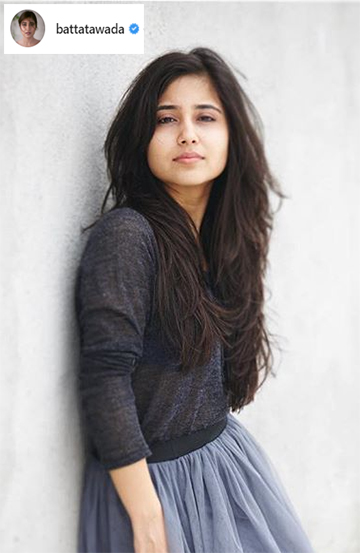 
Tripathi (pictured), who is 32 years old, will portray the character's emotional journey from finding out she has Alopecia Areata to how she then deals with it between the ages of 15 and 24. This is set to include the lack of understand her character faces regarding autoimmune alopecia, which is one of the reasons the former Disney Club series Kya Mast Hai Life star was drawn to the role.

"This is an extremely special film to me. I had given my consent after reading just the synopsis as it intrigued me. I choose films when they strike a chord with me, and this one did and how," Shweta Tripathi told Bollywood.com. "As an actor, to get the chance to play a part and pan out the journey of the character is thrilling. I feel movies made on social issues and not so well-known medical conditions always create an awareness in society. I know now what people with alopecia go through as some of them told me their stories."


The phenotype of Alopecia Areata that Tripathi's character will have has not yet been revealed. The condition causes sudden hair loss of different levels and in various locations depending on which type is present. Alopecia Areata - the name for both the over-arching group of conditions and the most mild form - affects the scalp only and causes rounded bald patches to appear. Though Alopecia Areata treatment is possible for this form, this is generally only for those aged 16 and over.

The more extreme phenotypes - Alopecia Totalis and Alopecia Universalis - present as baldness of the head, and total hair loss from head to toe, respectively. Whilst no treatment options currently exist for these versions, many are in development and it is currently hoped that a safe and effective hair loss solution will become available for these conditions by 2021.

In the meantime, children and adults may benefit from support from organisations who help to raise awareness of the condition, and what it entails. In the UK, hair loss charities such as Alopecia UK, Little Princess Trust and Hero by LPT do a great job of promoting knowledge surrounding these easily misunderstood issues, as well as providing tips for coping with Alopecia. It is hoped that Gone Kesh will further educate people about Alopecia in order to make life that little bit easier for those affected.