Singer-songwriter Ella Shaw wowed judges and viewers on TV talent show, Britain’s Got Talent and now she is putting her new-found fame to a good use.

Ella will perform alongside fellow BGT contestants The Sakyi Four, Emily Billington, Breaking Jazz and Cian Gleeson, as she hosts a charity concert to help people with hair loss - a cause close to the singer's heart.

Aged 10, Ella developed the patchy hair loss caused by the autoimmune condition alopecia areata. This continued for five years, two of which she spent wearing a wig to hide her scalp which had become completely bald.

As a determined star-in-the-making, she didn't let this stop her and, even though she had had no formal training, Ella went on to win the lead role in a local production of the musical Annie, aged 11. The irony of playing a character famed for her bountiful flame red hair while being bald in real life is not lost on Ella as she looks back at how her career started.

Although the cause of alopecia areata is still unknown, triggers can include sudden trauma or stress which jolt some of the hair follicles into prematurely shutting down the hair growth cycle. This is what Ella believes to be behind her developing the condition as she became upset when her parents decided to move and experienced mild bullying at school, reports the Clitheroe Advertiser.

Although there are options available in terms of treatment for alopecia areata, Ella's hair eventually started to grow back on its own. This allowed her to use grips to disguise thinner areas and eventually retire her wig.

Charity close to her heart 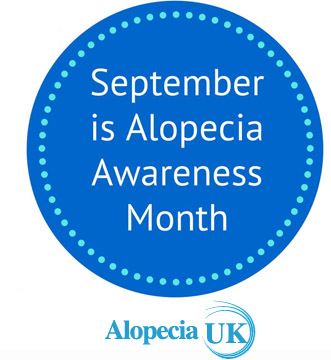 “I am looking forward to putting on this concert and saying thank you to all the people who have supported me from the beginning,” Ella explained. “I just want to do something now for a charity close to my heart, I’m not interested in making money off this.”

Her fundraiser performance will consist of mostly original songs that tell the story of Ella's life, including “A Drop Of Rain”, a song about alopecia areata which she wrote when she was 12 years old. "There’s been smiles, tears and a hell of a lot of hard work," she says "but I hope this is only the beginning of my story".

Clitheroe’s The Grand venue, near where Ella grew up, will host the concert which takes place during Alopecia Awareness month, on 5th September 2015. Money raised will go to the charity Alopecia UK and tickets are available from the venue's website priced £8 each.