Beyoncé Gets Her Hair Stuck in a Fan, Can Injury Cause Permanent Hair Loss? 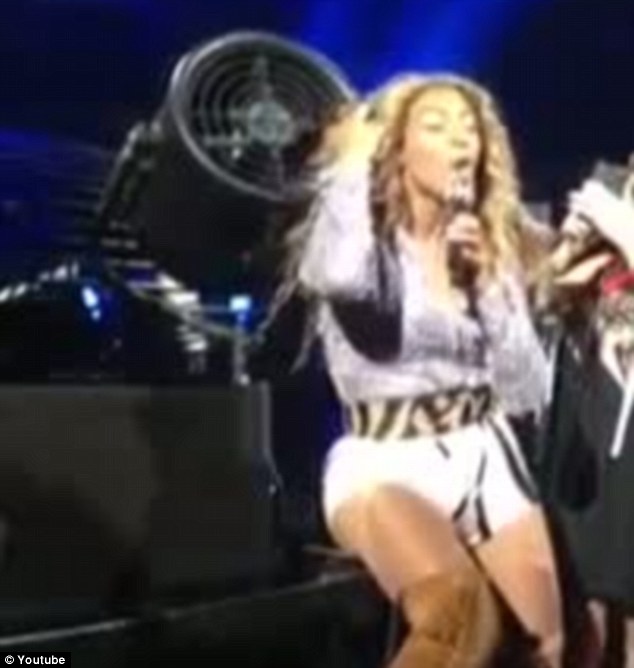 She's been delighting fans across the world with her Mrs Carter tour, where Beyoncé has been teaming her impressive vocal range with some killer dance moves. However, things didn't go quite to plan at a recent performance that saw the megastar encounter a problem on the Montreal leg of her tour, when her hair got stuck in a fan when she hopped down from the stage to get closer to her delighted fans.

As she belted out the words to her hit song Halo, the 31 year old managed to draw on her professionalism when she became unwittingly attached to the giant fan, and didn't miss a line. Forever able to laugh at herself, the former Destiny's Child star posted a clip on her Instagram page of the incident, that saw her aides rush to help her wrestle her hair back from the fan's blades.

As a minder quickly snipped Queen Bey free from her fan situation, we hope that she didn't experience too much pain from the incident. Indeed, the star appeared to be in good spirits after the show, even posting some alternative lyrics to her song Halo about the fan incident on Instagram.

Luckily for Beyoncé, having hair pulled out on one occasion shouldn't result in permanent hair loss. There is anecdotal evidence online about hair being pulled out aggressively (by another in a fight, for instance) and this causing long term changes in how hair grows, but there is no substantial proof that tearing hair out means it won't grow back.

However, if the scalp is damaged, then problems with hair growth become more likely. A local injury can trigger the autoimmune disorder alopecia areata in those who are already susceptible. This is because cells under physical stress can produce heat shock proteins (HSP's). It has recently been found that cells also produce these proteins after exposure to other forms of stress such as inflammation. These proteins have been implicated in the autoimmune diseases including alopecia areata.

It's also true that certain hair styling techniques from bleaching to tight hair styles can damage the scalp. If the damage scars (which can occur overtime with traction alopecia) hair will not be able to be regrown, so it's important to ensure no harsh styling techniques are repeatedly used. But again, unless the damage is severe, such as a chemical burn, a one-off event won't usually cause long term hair loss.

When hair is torn out, it should regrow in around six months following the incident. However, if you're noticing a general thinning of hair atop the scalp that isn't necessarily where the original hair loss occurred, it may be that female pattern hair loss has onset. Should this be the case, the only licensed and approved female hair loss medication minoxidil should be used to regrow the thinning hair, along with close monitoring as part of a hair loss treatment plan.

Beyoncé débuts new hairstyle, but at what cost to her hair?