A young British woman named Jade whose hair loss has been caused by the autoimmune disorder Alopecia Areata has started a new blog about living with a condition that has deeply affected her life. 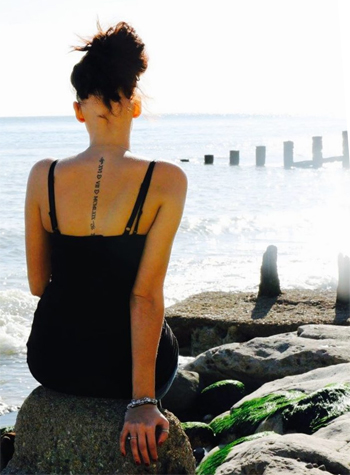 Jade first started losing her hair eight years ago, but it was only in 2010 that she was diagnosed with Alopecia Areata, a condition that affects up to two per cent of people in their lifetime. It happens when the body’s immune system mistakenly believes that there are foreign cells in the scalp, and sends out cells to attack them. Many experts believe that this leads to inflammation, which leads to hair loss.

Jade has had a rough ride. Earlier this year she suffered total loss of her eyesight in her right eye and found herself rushed to hospital for tests. Fortunately, brain tumours were ruled out, but Jade was told that sudden loss of eyesight was linked to her autoimmune disorder and that it could be something she suffers with for the rest of her life.

The event did have a positive, however: it inspired Jade to start blogging about her Alopecia Areata journey and to open up about her hair loss. Her website, lifeonastrand.com, features Jade’s thoughts on everything from finding love when you have Alopecia Areata to product reviews of the various shampoos and concealers she has tried. The tone is upbeat and inspirational, and Jade is clearly a mine of information when it comes to living with Alopecia Areata.

She writes a long blog post, for example, about hair extensions. She writes: “From the moment I realised that I had Alopecia, all I wanted to do was hide it from the world. I didn’t want a single person to know that I was losing my hair. The main way I used to disguise my patches was with extensions. I’ve worn so many different types, colours, lengths, styles and thicknesses, more than most girls will probably wear in their lives!”

Jade admits that there were many years where she wouldn’t leave the house without wearing some form of hair extension. Today she is much more relaxed about her hair loss, and actually wonders if wearing extensions for so long made her condition more pronounced. “I can’t prove it, but I think that having weaves in my hair for years has probably made my condition worse.”

Whilst sudden trauma and extreme stress are known triggers of AA, the precise causes remain unknown. However, hair loss specialists frequently see clients whose hair loss has been caused by hair extensions and other tight hairstyles which put so much pressure on the follicles that they can lead to a condition known as Traction Alopecia. Jade explains that the most common type of hair extension she used was weaves: “They are sewn into small plaits that are put in along your hair, and it hurts!” she writes. “There is constant pulling and tugging on your hair and strain on it.” She says she really wouldn’t recommend them, though concedes that they can be a great boost for your confidence if hair loss is an issue. 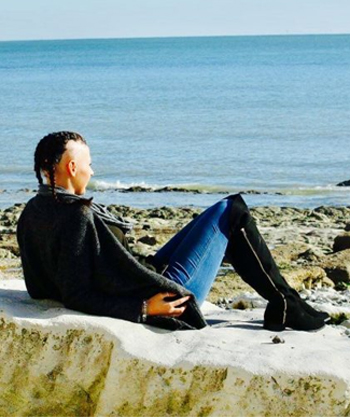 People are not alone

Jade’s long-term goal for her blog and the social media it links to is to encourage more people with Alopecia Areata to share posts and pictures and, hopefully, to become more comfortable with their condition. “I want to let other people know that they are not alone,” she told us. “I don't think that there is enough awareness, support or information available to those that suffer with Alopecia of any type. I was basically told that I had to 'deal with it' by many doctors and to just expect that it would progress and get worse. That’s what inspired me to do my blog. I have so many big ideas that I want to put into practise over the next year, to bring everyone together and raise awareness.”

In October 2016 Jade visited one of The Belgravia Centre hair loss clinics to talk about treatment options, as Alopecia Areata can be treated in many cases. By following a custom treatment plan featuring topical applications of high strength minoxidil, Belgravia's clients often see regrowth success when the hair loss is in its mild-to-moderate stages. She admits that she had been nervous about making an appointment, because she had been too embarrassed. But she’s glad she finally “bit the bullet”, as she puts it: “The past week has been so exciting,” she writes on her blog. “After visiting The Belgravia Centre I have felt so much more confident and happier in my own skin.”

Following this, she unveiled some fierce images - some of which are featured here - from a photoshoot where she posed with her hair up on a beach - a huge step for someone with alopecia. "I’m so proud of how far I’ve come over the last few weeks. I never could have imagined being able to stand on a beach with my hair up, and feel as comfortable as I did in my own skin," she writes in her inspiring blog entry alongside the photos. For more about Jade and to see the rest of her photoshoot, you can find her on Twitter and Instagram @lifeonastrand as well as on Facebook.

If you are concerned about sudden hair loss or have had a diagnosis of alopecia areata already but are unsure how to proceed, anyone aged 16 can receive free advice and treatment recommendations from a hair loss specialist. Those aged 15 and under should speak to their doctor.