A former Miss Singapore Universe has revealed her struggles with hair loss and depression in her self-published book, 'Happy Once Again'. 46-year-old Marion Nicole To penned the 124-page book to help people struggling with similar issues to build relationships and stay optimistic. 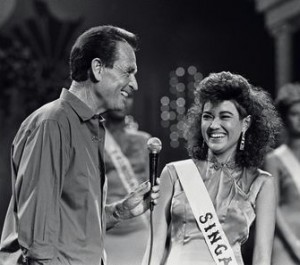 Although she may appear confident today, with her good looks and high-flying management career with a consulting company, Marion admits she has always been plagued by insecurity and negativity. Despite a happy childhood, her insecurity began when she entered Miss Universe in 1987, making it to the semi-finals in Singapore. Critics commented at the time that had the pageant been held elsewhere, she wouldn't have made the final ten, which led to feelings of self-doubt and insecurity.

Nevertheless, Marion pushed ahead with her life, marrying in 1994 and giving birth to two sons, Jordan and Jared. After setting up her own image consultancy, cracks in her marriage unfortunately led to an emotional divorce in 2003.

She explains the pressure she felt to stay strong, “In Singapore, we like to project the image that we're doing very well. We don't want people to see our vulnerability and weaknesses. I masked my true feelings under an image of confidence.”

After her divorce, Marion spent time focusing on her career and her children, but the suppressed emotional stress led to hair loss, and by the time she turned 40, she noticed her hair falling out in clumps, also losing her eyelashes, eyebrows and body hair. Doctors diagnosed Alopecia Universalis, which is thought can be triggered by extreme stress and/or a traumatic event. 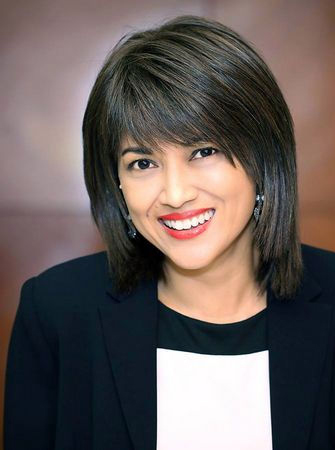 Unfortunately, once Alopecia has progressed to this, the most severe form of the condition it is extremely difficult to treat. Although there are a some treatments for Alopecia Universalis available, the success rate is not good, although clinical trials for other potential treatments, such as Xeljanz, are currently underway.

After meeting Dr Granville D'Souza, an emotional intelligence facilitator, Marion made the decision to close her business and started keeping a journal, chronicling her thoughts, feelings and important incidents in her life. This inspired her to write her self-help book, with 1,000 copies being printed.

Today, Marion admits she's happily single, working with Mr D'Souza at EQ Asia, and has moved past her emotional struggles, coming to accept, and even enjoy, wearing a wig.

She explains, “I don't worry so much now. I'm passionate about what I do and I know that I'm making a difference in people's lives. I've got my mojo back.”