A BBC Newsbeat documentary, 'Too Young To Go Bald', explored the sensitive topic of hair loss among young people.

It was presented by 23-year-old blogger and public speaker Chidera Eggerue, who had noticed she was beginning to lose her own hair.

The programme comes at a time when a trend for young people starting to develop forms of hair loss earlier than previous generations is becoming apparent.


In the documentary Eggerue revealed that her hairloss began when she wore large, heavy extensions tied up in a high bun. The weight gradually pulled on the follicles around her hairline, eventually resulting in a balding band of frontal hair loss. As a result of this, she felt deeply uncomfortable when going out: "I would never wear hair upwards or in an afro without covering it".

This condition is called Traction Alopecia and occurs when sustained, excessive pressure is placed on the scalp, often from taut hairstyles or extensions. It is more common among women of colour: given the Afro hair type is naturally more brittle than Caucasian and Asian hair, this puts it at a higher risk of damage from the condition. Continues below... 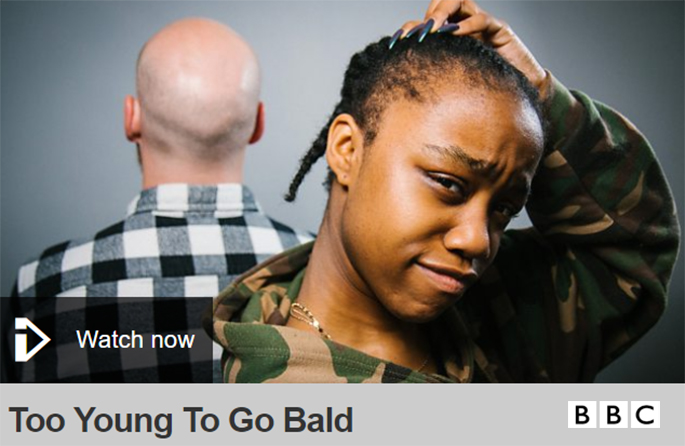 
Eggerue interviewed actress and rapper Paigey Cakey, who had a more severe form of the condition caused by tight weaves, to the extent that one side of her scalp was nearly bald. Discussing how this made her feel, she noted, "I felt like I was the only one in the world going through this…I've just turned 25, I've been experiencing this since college, like I'm way too young to be losing my hair."

The documentary also covered Male Pattern Baldness, a genetic condition which, as Eggerue mentions, is "by far the most common form of hair loss in men".

She talked to Perry O'Bree, a vlogger who began to notice the signs of the condition, such as hair thinning on top of his head, when he was 20 years old. Similarly to Paigey Cakey, O'Bree emphasised how losing his hair has been an emotional challenge: "My hair is me . . . if my hair is gone I feel like I'm becoming someone else". 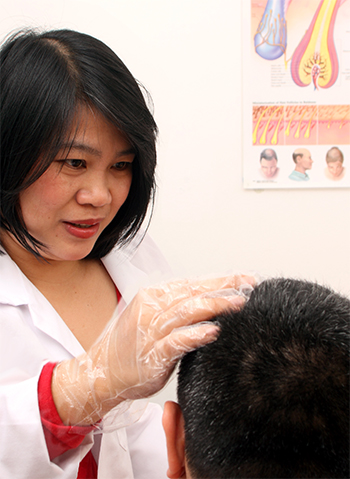 Control over the process


Later in the documentary O'Bree met George, a 26-year-old who started losing hair in his early-twenties: he decided to shave it all off live on Facebook as a statement of ownership, and urged the video blogger to do the same.

However Perry O'Bree was more hesitant:"When it does come to the day where I just can't cover it up any more I will go for it, but right now I just love the fact I can still play with my hair".

This conversation reflects the dilemma faced by many people losing their hair: is it worth trying to keep it or not?

For those looking to retain or restore their hair, a consultation with a specialist can provide some peace of mind by clarifying any existing queries, presenting a diagnosis and formulating a bespoke treatment course.

Treatment for Male Pattern Baldness looks to deal with hair loss from many different angles. At Belgravia two MHRA licensed and FDA approved medications are often combined with the clinic's wide selection of complementary, non-pharmaceutical hair growth booster products - such as the Hair Vitalics premium food supplement range. Progress is closely monitored with on-going support throughout.

Although fully preventable, when caught before it gets to the point of Paigey Cakey's - where permanent hair loss can set in - treatment for Traction Alopecia is an option many consider. The first step is always to remove the source of tension in order to rest the follicles, then topical drugs and hair growth boosters may be used to encourage hair regrowth and to ensure the hair is in optimum condition.

Whatever decision is made, acknowledging hair loss can be incredibly empowering and the benefits apply to both men and women, regardless of age. At the end of the documentary, Eggerue explained, "I've started going out with my natural hair a lot more often, I've learned to just make peace with my hair loss and now I just feel liberated".

Choosing how to deal with losing hair is an incredibly personal decision and, for those affected, it can be comforting to know that their are experts out there who can provide professional advice and recommendations without obligation.