Bald Women Reveal What Life with Alopecia is Like

When you see a woman walking down the street with tattooed eyeliner and eyebrows wearing a headscarf, does your heart go out to them? Some might assume they’ve got cancer or are even dying but alopecia areata is an otherwise harmless condition that’s only notable ailment and symptom is haphazard hair loss.

It's a very difficult thing for women to deal with but hair loss itself is essentially harmless, which is why the stigma associated with hair loss in women needs to be abolished, particularly as more studies report that the trend is on the increase.

Depending on the type and cause, there are ways in which hair loss can be avoided, managed and even treated effectively. Alopecia areata however is possibly the most mysterious of all hair loss conditions, and while most people that are affected recover in time without treatment, it’s something that a random minority have to live with. 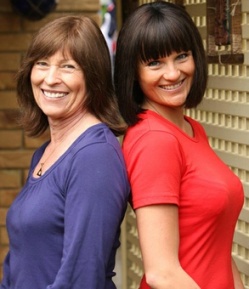 Alopecia areata sufferers Ivonna Mroz and Pat Law from Australia’s Sunshine Coast, told the Sunshine Coast Daily what life as a bald woman is like.

“When I first lost my hair, I scared myself, so I can understand why people get a bit freaked out when they see a bald woman,” Pat said.

“We don't want people to feel sorry for us,” Ivonna added. “We just want to go out and be able to enjoy the day without worrying about our hair falling off, or just be able to go for a swim without losing our hair.”

“If we go out in a scarf, you feel like such a fraud because we're not sick,” Pat said.

Alopecia areata is a mysterious, chronic inflammatory condition that presents itself as patches of baldness over the scalp. Hair can fall out slowly, progressively worsening over weeks or months, or it can happen suddenly and dramatically.

Ivonna, 29, developed alopecia areata suddenly at age four, after her family moved to Australia from Poland.

“It wasn't until I was in grade four or five that it got really horrible,” she said. “Kids would single you out because you were different - I really feel for any kids that are different at school.”

Conformity doesn’t end in the classroom though. Women are under constant societal pressure to look a certain way, act a certain way, and as a result, their hair is inextricably bound up with their femininity, sexuality and self-image.

Pat, 59, started losing clumps of hair at 38 and after about nine months, she had lost almost all her hair.

“You don't realise, until it happens, how much your idea of yourself is all wrapped up in your image,” she said. “I remember once, when I was in the bathroom and looking at myself in the mirror, I thought, 'What a freak? What is going on here?'”

Specialists aren’t exactly sure about what causes alopecia areata. There is evidence to indicate a genetic tendency - about 20% of sufferers have a family history of the disease - but a number of other triggers have also been linked to the condition, such as local skin injury, viral or bacterial infection, allergies, chemicals and stress.

The ambiguity surrounding the condition makes treatment similarly difficult. There's a wide range of options available and some are successful, but their effectiveness varies for everyone and nothing is guaranteed to work. In most instances of alopecia areata the hair will grow back on its own, but sometimes complete recovery is not even a guarantee. Pat's hair started growing back when she was in her mid-40s, but after a couple of years, she lost it again.

“When it started falling out again I thought, 'I cannot go through this again'.

Pat revealed that she had felt unattractive and “weird looking” at times, but talking about the condition and having the support of her family helped her accept a life with alopecia.

“The second time around, I had the internet and that was such a life-saver for me,” she said. “People just need to break the silence, because it can be quite an isolating thing.”

Ivonna said sufferers needed to work around the obstacles of alopecia but admits that even though her acceptance of the condition has taken nearly 20 years, she still has bad days.

“I still have days where I get frustrated because it feels like such an effort to get up in the morning,” she said. “It would be great to have it back, but I'm not struggling with it anymore, like I used to. It is a part of me now."

Ivonna said she has even started wearing her scarf to the beach.

“Before, I was like, 'No, I don't want to do that' because I didn't want to attract any unwanted attention, so I was always wearing my wig. But then, I could never go swimming. So I thought, 'No, stuff it. I'll wear my scarf and if people look, they look'.

“People shouldn't stop their life because of it. I've missed out on a lot of things because of alopecia…[but] I just grew up and realised there is more to life.”

Ivonna and Pat encourage any sufferers to talk about their condition, rather than hide it.