Bald Woman Shares Alopecia Experience with BBC to Empower Others

People with severe Alopecia Areata, the autoimmune disorder that leads to sudden, patchy hair loss, often describe how stepping out without their wigs or hair extensions would be their ultimate nightmare. Multiple stories show the opposite to be true, however that accepting hair loss can be extremely empowering.

It remains, of course, a giant and unthinkable step for many and was certainly the case for an Essex mum of two named Carly Barratt who would have baulked at the very notion just a short time ago. If you were tuned into BBC Four recently, however, you may have been one of hundreds of thousands of people to see her without a wig. 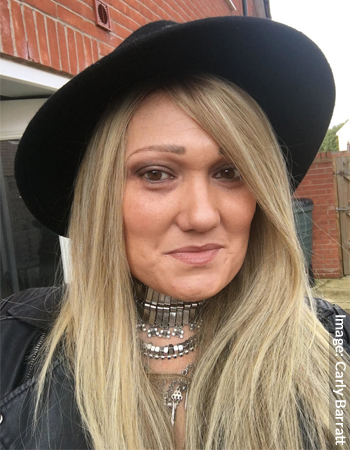 Carly was part of a BBC documentary named No Body’s Perfect in which disabled artist Alison Lapper and international photographer Rankin explored how social media and the selfie culture had affected people’s sense of identity. Talking to her local newspaper, the Chelmsford Weekly News, Carly said that appearing on the programme to tell her hairloss story was the biggest turning point of her life.

“Alopecia Areata knocked my confidence completely and I have always been hard on myself,” she said. “Being able to do that (appear on TV) and look at myself in a different light has made be realise that I am not that bad.”

Filming for the show several months ago turned out to be a life-changing event for Alison, who had previously never been out in public without wearing a wig. Now, she says, she feels “free”.

Around 1.5 2 per cent of the population will be affected by Alopecia Areata at some stage in their life, and for many the experience will be relatively mild perhaps one or more coin-sized bald spots that regrow hair naturally within around a year. Others like Carly have a much more harrowing experience, and lose their hair in larger clumps, leading to profound hair loss all over the scalp.

In cases of this patchy version of the condition, even if the patches are spread out all over the scalp, alopecia areata treatment can be used to significant effect in helping to regrow the hair. The condition may, however, recur in some people though the reason why is as yet unknown.

There are two more extreme forms of the condition Alopecia Totalis and Alopecia Universalis  which both lead to total baldness and a lack of any facial hair - including eyebrows and eyelashes, whilst Alopecia Universalis also removes all body hair. These more severe types are currently untreatable. 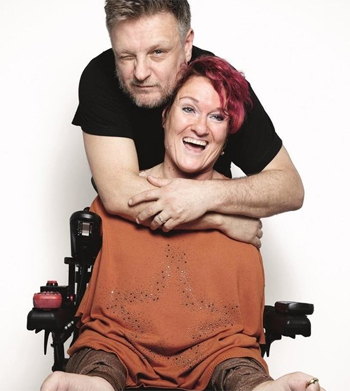 Although it remains an enigmatic autoimmune disorder, experts have a growing understanding of Alopecia Areata and what causes it. It is generally accepted that hair falls out because of a faulty immune system response that can have a number of triggers. In simple terms, something happens in a person’s life be that sudden shock, trauma, a virus or an allergic reaction that causes healthy hair follicles to be attacked in the mistaken belief that they are hostile invaders. Medical teams all over the world are currently exploring potential new treatments which are showing promise in their early clinical trials at regrowing hair for people with even the most severe forms of alopecia.

For Carly, who first started losing her long brown hair when she was 11, appearing on TV has inspired her to try and help others with Alopecia Areata and its related conditions, and she now runs a consultation service offering advice and allowing people to try on wigs in their own homes. Inspired by the two people she met when filming for the BBC Alison Lapper and Rankin, pictured she has named her enterprise “Alikins”.