A Las Vegas-based model who has refused to let severe hair loss get in the way of a glittering career is now starring in one of America’s hottest reality TV competition shows. 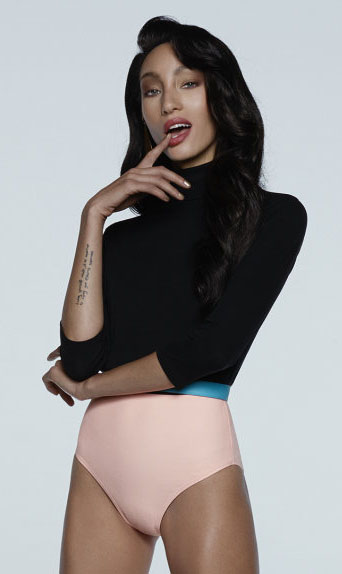 Jeana Turner, 24, features amongst a pleasingly diverse selection of contenders for the new series of America’s Next Top Model, the long-running show which is back to being fronted by its original boss, Tyra Banks for its 24th season.


Turner, whose hair loss has been caused by an extreme form of the autoimmune disorder Alopecia Areata, has already enjoyed success in the pages of such international magazines as Maxim and Playboy, and describes herself on her Facebook page as a glamour, lingerie and swimwear model.

Her hairloss, however, appears to be a lingering source of sadness, as a clip from ANTM cycle 24 shows her breaking down in tears when stylists remove her wig. She tells the camera: “Many people have told me I’m not beautiful.”

The 5ft 5in model’s Instagram page boasts over 149,000 followers and features a mixture of photographs in which she sports either a wig (from a wide selection) or a completely smooth head. Other bald models who have lost their hair to alopecia areata have also achieved professional success, Margaret H Baker among them.

Alopecia Areata is a not-uncommon disease that is most often seen as sudden hair fall leaving rounded bald patches on the scalp, which can be as small as a coin or much larger, ranging in number and size. Jeana Turner, however, may have a slightly different version of this condition - though, in the fan-favourite Makeover episode, Jeana's wig was removed. These emotional scenes revealed thin tufts of hair covering most of her scalp, suggesting she may have scalp-only Alopecia Areata and usually shave her head.

Alopecia Totalis and Alopecia Universalis are both sister conditions to Alopecia Areata, and each will cause complete baldness of the whole head, including a loss of facial hair such as eyebrows and eyelashes. The latter condition causes those affected to also lose all of their body hair. 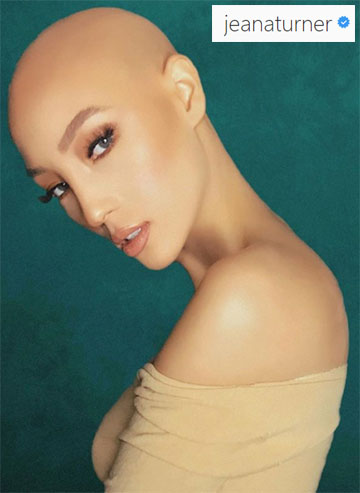 Unfortunately, such is the complexity of these two conditions that they are as good as untreatable at present, and existing treatment options offer little hope of regrowing a full head of hair. The same is not true of Alopecia Areata - the scalp-only version of the condition.


When people present to Belgravia with the bald spots or patches of hair loss synonymous with alopecia, they are often comforted to know that the scalp-only phenotype can generally be treated in people aged 16 and over who are deemed medically suitable.

They are often further encouraged by the Alopecia Areata Treatment Success Stories showing others with the condition pictured before and after treatment, whose hair loss cleared up significantly in many cases, with full regrowth visible.

Whilst results may vary and are not guaranteed given everyone responds differently, Belgravia finds that its Alopecia Areata treatment  which involves a bespoke course featuring several hair growth boosters and daily topical applications of the drug high strength minoxidil to the affected areas  has a high success rate. Unlike for permanent genetic hair loss conditions, treatment for Alopecia Areata does not need to be used on an on-going basis. Once the hair regrowth has reached its optimum levels, treatment can be stopped.

In the not-too-distant future there may also be hope for people with Alopecia Totalis and Universalis thanks to the pioneering work of research teams based chiefly in America, which have been investigating the possibility of using a suite of drugs known as JAK inhibitors as new treatment options.

Originally developed for a variety of serious conditions including certain cancers, these drugs have shown remarkable promise at regrowing hair in some trials and it now appears that the likelihood of them being perfected for use on alopecia-related diseases and, crucially, being deemed safe to do so is within the scientists’ grasp. In fact, due to this glaring, unmet medical need, the American medical regulatory body, the FDA, has fast-tracked development of an oral treatment for severe alopecia areata, which is currently in the penultimate stages of clinical trials.