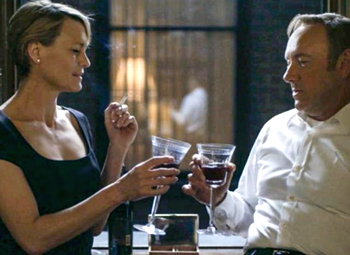 It used to be that mid-life was marked by an obsession with having an affair or buying a Porsche, but today people over 50 are more likely to be reaching for the bottle to let off steam and indulge themselves.

According to a new report, the over 50s have become a generation of problem drinkers, with 'Middle Class' adults the most likely offenders. While health reasons for cutting back on alcohol don't seem to work, perhaps vanity could convince these middle-aged drinkers given this type of regular over-indulgence can cause a number of hair loss issues.

The report was covered extensively in the Daily Mail, which described how over 50s who were wealthier, better-educated and whose children had left home were more likely to drink harmful levels of alcohol than others in their age group.

Medical problems such as diabetes, liver disease and obesity were all highlighted as possible future epidemics that could arise as a result of this demographic’s preponderance for a daily tipple but hair loss could just have easily been on the list.

Heavy drinking - which is classified as regularly exceeding the recommended alcohol intake guidelines of 2-3 units per day for women and 3-4 for men - can play a part in a number of hair loss conditions. Not only can it make genetic hair loss worse, but it can actually cause thinning hair in both men and women.

One way in which an excessive alcohol intake can affect hair is by leading to a depletion of zinc and iron, two minerals vital for a healthy head of hair. Iron deficiency, for example, was found in one study to be responsible for hair loss in 72 per cent of women with the condition Telogen Effluvium.

Another way in which alcohol can affect the health of your hair is via dehydration. By urinating more frequently as the body tries to flush booze out of the system, so too are important nutrients expelled, long before they have properly had time to be absorbed into the body. Hair breakage is another side-effect of dehydration: with insufficient liquid in the body hair can become brittle and can snap, leading to thinner-looking hair.

As well as Telogen Effluvium, its more chronic form, Diffuse Hair Loss has been linked to excessive alcohol consumption, and there are bespoke courses of treatment for Telogen Effluvium available which can help.

Furthermore, diabetes can lead to hair loss because it is a hormone-related condition that affects the hair growth cycle. In short not only is excessive drinking in your 50s and 60s bad for you for a whole host of pretty compelling medical reasons, it comes with a catalogue of bad news for your hair, too.

Dealing with hair loss in your 50s and 60s 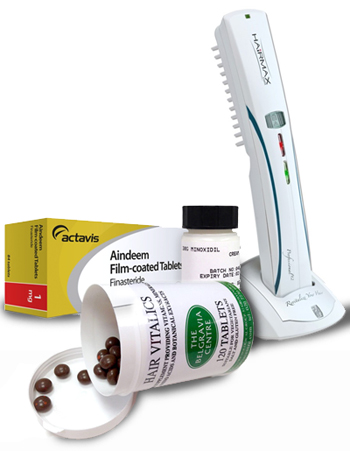 Both men and women in their 50s are already prime candidates for genetic hair loss - the most common hair loss condition in the world. Better known as Male Pattern Baldness or Female Pattern Hair Loss, this hereditary condition affects approximately half of all men by the time they reach 50, and almost half of all women by menopause.

In those who are predisposed to this type of thinning, the negative effects of alcohol on hair are likely to be especially pronounced, making their signs of hair loss worse.

Experts say that people should stay within the recommended maximum of 28 units per week for men, and 21 units per week for women. In fact the quickest way to get most alcohol-ravaged hair back into good condition is to be give it some TLC by ensuring it receives the right levels of hair-friendly vitamins and minerals by taking a supplement such as Hair Vitalics, as well as obviously cutting back on the drink, too.

However, if things are more serious and you suspect that your drinking may have been instrumental in the onset of a hair loss condition, it makes sense to get a professional diagnosis.  Despite the misconception that if you are in your fifties or sixties then nothing can be done, hair loss treatment can be effective even later in life, particularly if your hair only started thinning recently. A hair loss specialist will be able to assess your needs and recommend a personalised regrowth plan tailored to suit.