A drug more commonly used to treat plaque psoriasis and psoriatic arthritis is to be trailed as a possible cure for certain types of hair loss.

The Icahn School of Medicine at Mount Sinai in New York is currently recruiting for the single centre pilot study, during which they hope to ascertain the safety and efficacy of the drug on people with moderate to severe Alopecia Areata. 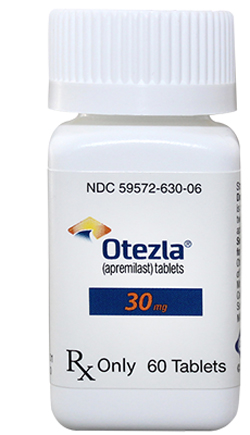 
Widely considered an autoimmune disorder in which the immune system mistakenly identifies the hair follicles as foreign bodies and attacks them, Alopecia Areata results in sudden, patchy hair loss of the scalp. In more extreme cases, it can lead to all-over hair loss with, the most severe cases usually diagnosed as either Alopecia Totalis (total hair loss of the head) or Alopecia Universalis (of the whole body).

The medical school is hoping to amass 30 people with either Alopecia Areata or one of its more severe (and rarer) sister conditions, though they say the latter group will not make up more than half of the total subjects.

One third of the volunteers will be given a placebo, while the remainder will be given the drug Apremilast in pill form, twice a day.

At 24 weeks, the participants will be assessed to see if hair has grown. The most successful candidates those who have seen hair growth of 50 per cent or more will continue to phase 2 (another 24 weeks), as will all of the people who were given the placebo, who will now be given the Apremilast tablets which usually go under the brand name Otezla.

The medical school give no indication as to why they think Apremilast tablets may have an affect on people with Alopecia Areata, although a logical conclusion to draw is that hair growth has been seen as a side-effect of another drug, Xeljanz, which is also used to treat plaque psoriasis.


Made by pharmaceutical giant Pfizer, Xeljanz (tofacitinib citrate) is one of a group of drugs known as JAK inhibitors that are used to treat everything from plaque psoriasis to rheumatoid arthritis and some cancers. These have resulted in multiple clinical trials after several doctors noted hair growth as an unexpected side-effect of treatment in some of their patients. 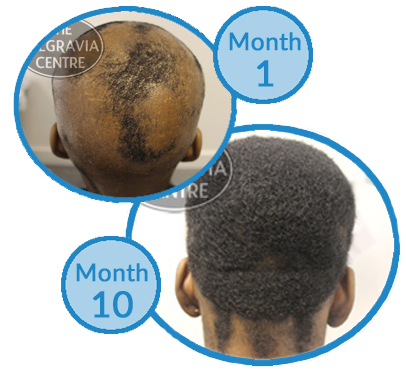 
In the medical world events like this are not uncommon a drug developed for one particular ailment is often effective at treating something entirely different. Both of the MHRA licensed and FDA approved treatments for male pattern hair loss were initially used as medications for other health conditions before their other, now more widespread, uses were discovered.

While these developments certainly mean exciting times for those with severe autoimmune baldness, it should be pointed out that multiple hurdles would need to be overcome before any new hair loss product derived from JAK inhibitors or Apremilast was perfected and licensed for widespread use.

In the meantime, treatment for Alopecia Areata in its patchy, scalp-based format, can be effective at accelerating regrowth and a consultation with a hair loss specialist can help to ascertain the most appropriate course of action in this instance.