Despite the main cause of hair loss being established a long time ago, and even having invented treatments that stop, prevent and reverse hair loss, there will always be new theories that ignite a new worry for those whose hair is beginning to thin. Radiation from home appliances, for instance, is believed by some to have a negative effect of hair growth, but there is no conclusive evidence that it does. 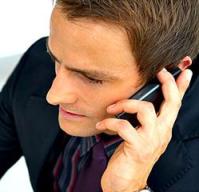 "Hair loss existed long before the planet was lit up by electrics," says Leonora Doclis, senior hair loss specialist at The Belgravia Centre.

Radiation is all around us in the form of sunlight, electric light, the earth and minerals, radio waves, and heat. Most people are commonly exposed to ionizing radiation, which is the most dangerous and comes from radioactive building material, and electromagnetic radiation, which comes from electrical appliances such as refrigerators, TVs, computers and mobile phones.

According to Dr Yan Chonghuai, director of the Environmental Medicine Laboratory at the Shanghai Institute of Pediatrics, research has linked long-time exposure to electromagnetic radiation to declining memory, irregular menstruation, low sperm viability, and hair loss, though not conclusively. 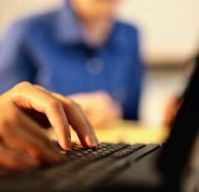 "Though there is no proof of a cause-and-effect relationship between computer use and hair loss, it does happen to many people with long-time exposure to electromagnetic radiation in electric appliances, such as the computer," says Dr Yan Chonghuai.

But Doclis says that apart from the fact the link is not conclusive, the reverse is also true.

"Hair loss happens to many people not exposed to EMR," she says. "I bet they are going bald just on top, so the question will be why don’t they lose it as well on the sides?

"There are thousands of men and women losing their hair yet they are not in the IT business. We get several clients that do not use computers at all so we have to send a paper diagnostic form. Surely, you cannot blame radiation for that."

Hair loss is, by large, the result of a genetic predisposition that sees the scalp follicles shrink and produce thinner hair. There are many things that can instigate or aggravate this process, perhaps even radiation, but the normal levels emitted from everyday home appliances have no affect on hair loss.

The US Environment Protection Agency says that you should limit your exposure to appliance radiation if you are concerned, but states on its website: "There is no evidence that radiation from televisions or computers has resulted in human injury. Radiation safety standards for TVs, computers and other consumer goods set and enforced by the US Food and Drug Administration also work to keep you safe."

For more information, contact The Belgravia Centre on 020 7730 6666 or message the centre. If you're concerned about hair loss, complete and submit the online diagnostic form to obtain a free remote analysis and access to specialist medical advice and treatment.

Interesting Articles:
Top Herbal Remedies for Hair Loss and Hair Growth
Am I Too Old To Do Something About Hair Loss?
Simple Tips to Beat Hair Loss