5New consumer research has found the traditionally female-dominated world of 'anti-ageing' products are finding a new market - among American dads.

The US study, by leading market intelligence agency Mintel, discovered that dads were more likely to be concerned about their looks - particularly when it came to looking healthy and youthful - than those without children. 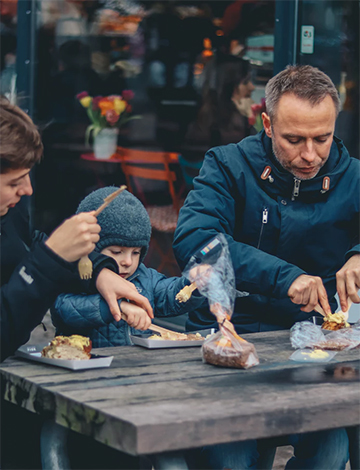 
When men aged 35-44 who use personal care products, defined as skincare, deodorant, soap and bath products or shaving/depilatories, were surveyed, it was dads who came out on top for their interest in anti-ageing. Dads clocked in at 34 per cent versus 26 per cent for men without children.

Possibly due to the sleepless nights and stress associated with raising children, fathers' concerns about showing signs of ageing increased in direct correlation with the number of kids they had. Thirty-two per cent of fathers with one child worried about this, rising to 38 per cent of dads with two children. Men with no children were less concerned about physical ageing, with 23 per cent being uneasy at the prospect.

Perhaps as a response to these concerns, 70 per cent of the participants admitted to using sun protection and 64 per cent confirmed they use facial skincare products.

At 52 per cent, the majority of men - both with and without kids - agreed that looking healthy was their primary concern. Of those polled, 40 per cent wanted their look to be easy to maintain with 'effortless' being the preferred style (27 per cent) ahead of rugged (14 per cent) or 'edgy' (10 per cent).

The research confirmed that American dads' ideal scenario was to look youthful and healthy, whilst also looking stylish (51 per cent), handsome (47 per cent) and cool (42 per cent), scoring higher for each factor than men without children.


Though the Mintel research concentrated predominantly on men's use of skincare products, there is another area of male grooming which can play a large part in the field of anti-ageing: hair loss management. 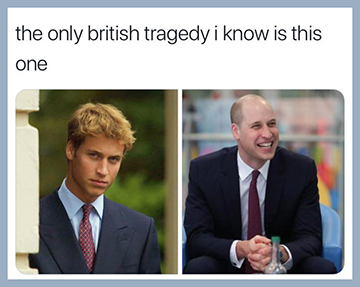 According to statistics from the American Hair Loss Association, by the time a man hits 40 he has an estimated 40 per cent chance of showing signs of the hereditary hairloss condition Male Pattern Baldness. However, the rate at which hair thinning occurs differs from person to person and this can be exacerbated - or a dormant genetic predisposition can become active - due to certain triggers.

Many of these - from stress to nutritional imbalances - are becoming increasingly prevalent in modern life, and studies have shown that hair loss is starting to present earlier in both men and women as a result.

Genetic hair loss can technically begin any time following puberty regardless of additional provocateurs, so it can be particularly distressing for younger men who start losing their hair at an early age.

A British hair clinic conducted a poll in December 2016 which found that hair loss was the biggest factor in terms of ageing, with having a receding hairline or noticeably thinning hair making people assume men were up to eight years older than they actually were. 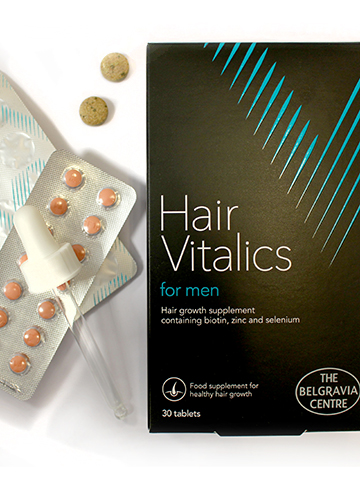 In October 2017, American cosmetic dermatologist Dr Terrence Keaney appeared to back this idea, with observations based on his own patients' behaviour. He explained, “Men think about ageing differently and have different concerns. There are three major areas they tend to focus on when they look in the mirror. Hair loss and hair thinning is, by far, the biggest concern. It’s the number one thing that ages a man.”

Father of three, Prince William, Duke of Cambridge, is a prime example of someone who started to lose their hair when they were young and now often looks older than his 35 years as a result. His 'before and after' hair looks are regularly shared on social media, his hair loss having been made into many a popular meme, including the one pictured here.

There are clinically-proven hair loss treatments for men looking to promote regrowth and prevent baldness in a discreet way so as not to attract too much attention to their actions. Men considering this low-key approach are advised to seek the advice of a hair expert who can tailor a bespoke course featuring oral and/or topical medications, as well as additional hair growth supporting products, based on their personal pattern and level of shedding.

So, if you're looking for last minute Father's Day gifts, whilst prescription medications are not available, Belgravia's exclusive supplements which promote normal healthy hair growth - Hair Vitalics for Men - and contain a bespoke blend of key vitamins, minerals, amino acids and botanicals, including selenium, zinc and biotin, are...