People in the American city of Flint, Michigan are reporting a number of health complaints thought to be caused by the local water supply, including skin rashes and hair loss. 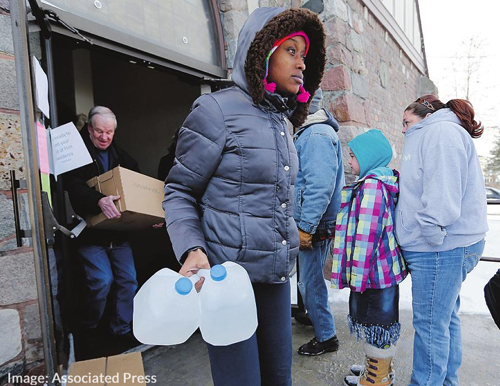 Residents Queue for Free Water Provided By the State in Flint

Due to concerns about the company's rising prices, Flint, which has been in a state of financial emergency since 2011, broke away from the Detroit Water Sewerage Department in 2014. The city switched its supply to the cheaper Karegnondi Water, however, they are still awaiting the 2016 completion of a pipeline from Lake Huron. The water residents are receiving in the meantime has been described as having a chlorine-like smell, an unusual taste and looking brown or rusty.

Known for its transport industry and nicknamed 'Vehicle City', Flint is also home to General Motors whose local engine plant has stopped using the water, claiming it was rusting its parts. The factory has been allowed to link to another local town in order to resume its previous Detroit water supply - a move which has angered locals.

"Unfortunately, some of our problems aren't quickly or easily solved," said Jerry Ambrose, Flint's state-appointed emergency manager. Adding that the "challenges" resulting from the city's short-term reliance on the river "were greater than we expected."

Despite official claims that the water meets federal safety guidelines, residents have been reporting a number of health concerns thought to be side-effects of the current water supply. These include headaches, rashes and hair loss.

One local, Tony Palladeno Jr., 53, explained how he has started using bottled or spring water for drinking and cooking, but uses the local water for washing in. "No matter what, if I go in, one time it's going to be my eyes, or I'll get headaches, or my lungs," he told a local newspaper, adding that he has also lost hair and even produced a bottle of it to illustrate his claims. "People say, 'Oh, it's paranoia.' No ... I'm living this."

According to tests released last week, the water is supposedly safe, but still residents protest about the state of the supply, even staging marches and protests to make their feelings known. Bottled water started being distributed to around 1,300 nursery age children last month. A local children's museum also revoked access to water fountains citing violations of the Safe Drinking Water Act due to high levels of a disinfectant by-product being reported. Last year an awareness campaign advised residents to boil their water before use due to it containing high levels of bacteria.

There are a number of triggers for environmental hair loss, from air pollution to chemicals that come into direct contact with the skin and hair - such as those found in the water supply. 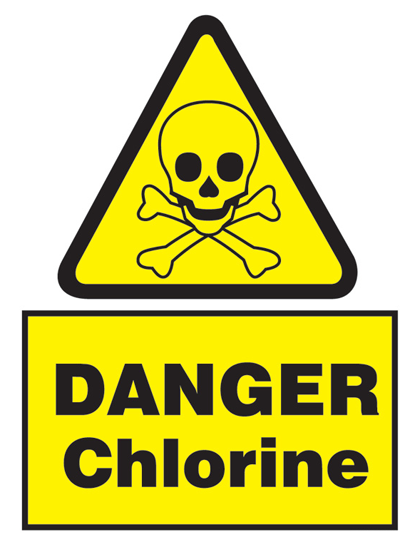 As the chemicals present in Flint's water supply are unknown, we cannot speculate on what precisely may be causing this hair loss epidemic. However, references to the water smelling of chlorine may suggest its presence and, although no definite links between chlorine and hair loss have been found, the chemical is known to cause damage and discolouration of the hair. Regular exposure can have a negative effect on hair health and may exacerbate pre-existing hair loss conditions such as male pattern baldness.

Assuming the water is behind the spate of health complaints, boiling water before use or switching to bottled water until the new pipeline is in place should help. Temporary hair loss caused by exposure to damaging chemicals or conditions such as Telogen Effluvium which may be brought on by the anxiety of dealing with this stressful everyday situation, should clear up on its own around 3-6 months after the underlying cause of the shedding has been dealt with. Existing genetic hair loss conditions that have been made worse by environmental factors may return to a slower rate of hair fall once the cause has been handled, but the shedding already experienced will not be reversed on its own.

If you are worried by unexplained or unusual levels of hair loss, visit a specialist as soon as you can. A dedicated hair loss expert will be able to diagnose your condition and provide professional advice on how to manage it, as well as recommending the most effective hair loss treatments to help regrow your hair and restore its lustre.