German shampoo brand Alpecin was banned by the UK Advertising Standards Authority (ASA) from claiming that its products can help to reduce hair loss. 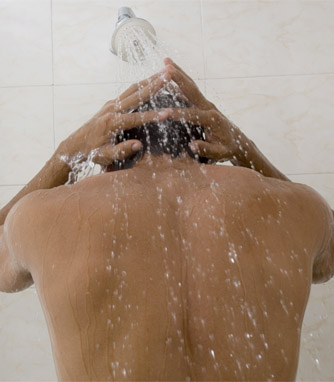 The company has previously come under scrutiny for the way it markets its products, which are centered around treating Male Pattern Baldness (MPB).


Advertisements for Alpecin Caffeine Shampoo stated, "German engineering for your hair. Shampoo is too small a word for it. Alpecin provides caffeine to your hair, so it can actually help to reduce hair loss. Simply apply daily and leave on for 2 minutes... to help the Caffeine Complex penetrate your hair and scalp".

According to The Independent, a complaint was initially made by a consultant trichologist who believed that the company's claim was dubious. However, Alpecin replied that the adverts "did not imply any medicinal action".

It also insisted that "topically-applied caffeine had a long history of use with individuals suffering from thinning hair or increased hair loss" and could "counteract the suppression of hair growth induced by testosterone and even stimulate hair growth to normal level".

However, the ASA found this supporting research inadequate: "we had not seen any studies of the actual product as used by consumers on their scalp using an accurate and objective analysis of hair growth, in a well-designed and well-conducted trial".

The regulatory body concluded Alpecin's claim "had not been substantiated and was therefore misleading".

Going forward, the company was instructed "not to state or imply that their product could reduce hair loss unless they held adequate evidence to support their claims". 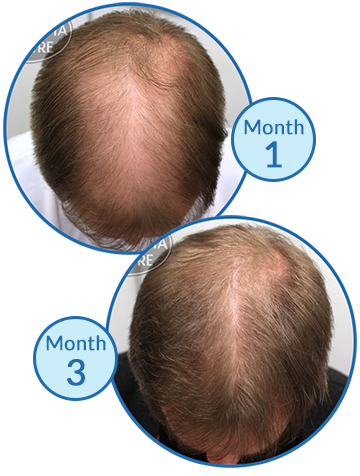 
One of the studies the company refers to was conducted by the University of Jena in 2007.

Hair follicles were removed from balding men and artificially grown in a laboratory: all of them were exposed to testosterone - its by-product DHT being the underlying cause of genetic hairloss - but some were also exposed to caffeine.

The findings revealed that the stimulant appeared to prevent shedding and stimulate hair growth.

However, as emphasised by ASA, more research needs to be undertaken to confirm its effectiveness. Furthermore, the question remains how successful it is when applied directly onto the human scalp, outside of a laboratory setting.

"Even if a shampoo is left on the scalp for two minutes, I feel that this is an insufficient amount of time to stimulate hair growth. Many people only shampoo their hair once or twice a week. I think it is highly unlikely that a caffeine shampoo used at this frequency would stimulate hair growth.

A study in the International Journal of Trichology has shown that, 'regarding the route of delivery of caffeine, hair follicles are considered an important route for drug delivery. A recent study which assessed the follicular penetration of topical caffeine in hair follicles proved hair follicles to be faster route of drug delivery for topically applied drugs'. Another article in the same Journal also found that: 'caffeine stimulates the hair shaft and helps it grow faster by blocking the effects of DHT, a chemical known to damage follicles'.

However, you'd have to drink between 50 and 60 cups of coffee a day for your locks to obtain an adequate dose orally, so applying caffeine solutions topically is the better bet. That said, it should not be considered a standalone hair loss treatment in either form."

Those concerned about thinning hair or a receding hairline would be well advised to consult a specialist who can discuss appropriate Male Pattern Hair Loss treatment options with them. This includes both the MHRA licensed and FDA approved medications as well as supplementary hair growth supporting products. From there, the incredibly personal decision as to which route is best for them can be decided.

Does Washing Your Hair Too Often Make It Fall Out?

Does Washing Your Hair Too Often Make It Fall Out?