A woman with Alopecia has found renewed confidence after having medical tattoos to give the appearance of eyebrows. Brenda Finn is now calling for the treatment to be made available on the NHS.

Brenda’s self-esteem was “destroyed” when, at the age of 14, she was diagnosed with Alopecia Universalis, the most severe form of Alopecia, in which all hair across the scalp and body is lost.  She was bullied at school for wearing a wig, and eventually opted to be home schooled. 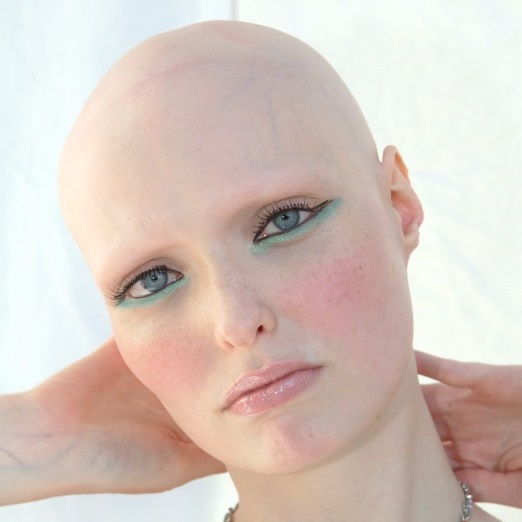 Alopecia Universalis is a rare autoimmune condition which arises from a genetic mutation in a person's chromosomes but may not present itself until later in life. It is much more difficult to treat than the milder Alopecia Areata, which manifests as patchy hair loss and affects only the scalp. 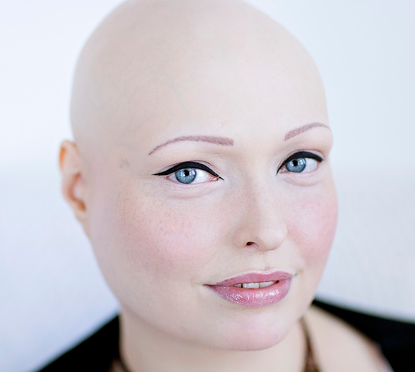 Brenda, Pictured With Her Eyebrow Tattoos, is Campaigning for Medical Tattoos to be Made Available on the NHS

Brenda regained some confidence by working as a children’s entertainer, enjoying the costumes which allowed her to hide her head and face. When she learned of the existence of eyebrow tattooing, she was keen to pursue it and a family member kindly paid the £300 fee for the procedure.

The result gave Brenda the emotional boost she needed.

Talking to the Daily Mail, she said: “Getting my eyebrows back has done for me overnight what psychotherapy and anti-depressants could not… It has made me look more ‘normal’ and feel more accepted because I don’t look so different any more. I had forgotten what a difference eyebrows can make to a face and only wish I had access to this treatment years earlier. It could have saved years of anguish.”

Tattoos that give the impression of hair are becoming increasingly realistic, with options including tattooing the entire scalp (also known as scalp micropigmentation) to give the impression of hair coverage. Eyebrow tattoos are not currently available on the NHS, however, and Brenda believes this should change: “I’m in a totally different place because of it and feel strongly that it should be available to all [people with Alopecia]. I was very fortunate to have family pay for it but others won’t be.”

Since getting her tattoos, Brenda has modelled at the Ideal Home Show without her wig. She has now started a petition to have the procedure made available on the NHS for other Alopecia patients, as she believes this will ultimately save money that would otherwise need to be spent on psychiatric therapy and/or medications. Brenda describes such procedures as reconstructive, not cosmetic: “This isn’t about vanity, it’s about acceptance after a medical condition which is a crucial part of the healing process, mentally and physically."

Q&A: How Effective is Scalp Tattooing?

Q&A: How Effective is Scalp Tattooing?