Some promising news has been released regarding the topical hair loss treatment being developed for two currently untreatable autoimmune disorders: Alopecia Totalis and Alopecia Universalis.

Late on 9th July 2018, Aclaris Therapeutics, Inc. - the pharmaceutical company behind the drug, known as ATI-502 - announced the Food and Drug Administration (FDA) has granted the treatment a Fast Track designation.

This means that the organisation will work with Aclaris, with its clinical trial results and findings in relation to this topical hair loss solution being considered as a priority by the American regulatory body - the US equivalent of the UK's MHRA. As such, it is likely to proceed as quickly as possible to the approval stage needed to become widely available for prescription use. 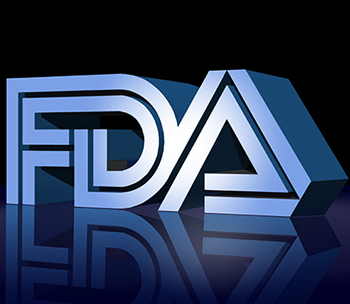 
Only days ago we reported on the positive outcomes noted in the primary data released from the current Phase 2 clinical trial for ATI-502. It showed that the first six patients using the topical drug had absorbed ATI-502 well with no reported side effects over the initial 28 day period, nor the following six month phase.

Most encouragingly, Aclaris released research notes which stated that the treatment demonstrated an ability to modify the genetic signature of these severe forms of Alopecia Areata. As the precise mechanisms involved in all forms of these autoimmune hairloss conditions is relatively uncertain, this presented a potentially significant breakthrough for both understanding these disorders, as well as learning how to treat them.

Currently there are only Alopecia Areata treatment options with meaningful success rates for the scalp-only form which presents as rounded bald spots or patches. Alopecia Totalis presents as baldness of the entire scalp as well as facial hair loss, including losing eyelashes and eyebrows, whilst Alopecia Universalis causes the entire head and body to become smooth and completely hairless. Whilst some, usually steroid-based, Totalis and Universalis treatments are available, none have significant success rates, making them largely futile.

Second treatment to be FDA Fast-Tracked


With the development of Janus Kinase inhibitors - more commonly referred to as JAK inhibitors - as potential hair loss treatments for autoimmune alopecia, drugs such as ATI-502 have started to bring the dream of a truly effective treatment closer to reality.

This is not the only medication to have been fast-tracked by the FDA for these conditions, either - Concert Pharmaceuticals announced its oral tablet CTP-543 had received this designation in January 2018- doubling the chance of this long-awaited development coming to fruition.

Current estimates suggest that the first JAK inhibitor, or JAK inhibitor-inspired treatments for Alopecia Areata in all its phenotypes, should be ready to release in around three years time, in 2021. This is assuming the remaining phases of each drug's clinical trials go to plan and meet the necessary criteria regarding safety, efficacy and tolerability, for the relevant FDA approvals and MHRA licences to be granted.

Are Eyelash Transplants Safe For People With Alopecia Areata?'

Are Eyelash Transplants Safe For People With Alopecia Areata?'