Alopecia Charity has Busy Summer at Home and Abroad 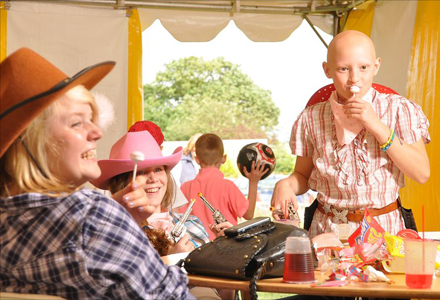 is a UK charity which campaigns to raise awareness of the hair loss condition Alopecia, and provide support to children and adults who suffer from it. This summer, they appear to have excelled spectacularly on both fronts.

At the end of July, BeBold held its second ‘Alopecia Camp’, near Scarborough. The aim of the Camp, which was hugely successful last summer, was to provide children suffering from Alopecia, and their parents, with the chance to meet others with the condition, and to help them increase their self esteem.

is a hair loss condition which can affect both children and adults, but it is often experienced during childhood or teenage years. It is an auto-immune disorder, in which the body’s own natural defences attack healthy hair follicles, resulting in hair loss and preventing the growth of new hair. Other than the hair loss, sufferers are usually completely healthy. The exact causes of the condition remain unknown, but it is widely thought to be triggered by stress or a traumatic event.

This year, around 40 children and their families attended the Wild West-themed camp, where they heard from adults who have experienced the same condition, and took part in a range of fun and confidence-boosting activities. More than anything though, it gave them the chance to socialise with other children who are going through the same thing, and to realise that they are not alone. 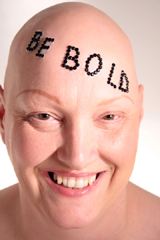 What’s more, the camp also did a lot to increase public awareness of Alopecia.  BeBold’s Alopecia Camp has been covered by an array of local newspapers, and by the Daily Mail. The Camp will also feature in a forthcoming BBC documentary about hair loss, entitled ‘Crowning Glory’.

800 miles away, in Iceland, two men are doing something special to raise funds and awareness for BeBold.  Pete Sissons and Paul Cosgrove, originally from Leeds and Newcastle respectively, are at the time of writing half way through a gruelling challenge to circumnavigate Iceland on bicycles. Dubbed the ‘Icemen Challenge’, the pair set off on 15th August and are aiming to cover 1600 miles in 14 days.

Since touching down in the country, the intrepid cyclists have ridden through ash storms, driving wind and downpours of rain, over Fjords, mountains and through barren wilderness.

Just a week into the journey, disaster struck when Cosgrove’s bike was terminally damaged in the middle of nowhere, but it seems they are now back in the saddle and well on their way.

Speaking on BBC Radio Newcastle before the trip began, Pete Sissons explained why he wanted to support the BeBold charity: "It’s quite personal; it’s quite close to me. My wife has Alopecia."  He went on to describe how she had started losing her hair unexpectedly just prior to the wedding, and gradually went on to lose the majority of it over a period of half a year.

To check on the progress of the Icemen, or donate to BeBold, visit http://www.icemen.bebold.org.uk/.