A study in the US into the use of an immunosuppressant drug on people with Alopecia Areata, the autoimmune disorder that leads to sudden, patchy hair loss, has yielded disappointing results.

The trial, which was announced way back in 2005 but only finished quite recently, was overseen by researchers at the University of Minnesota, who wanted to see if a drug named Alefacept which is normally used to treat plaque psoriasis would be effective on those with Alopecia Areata. 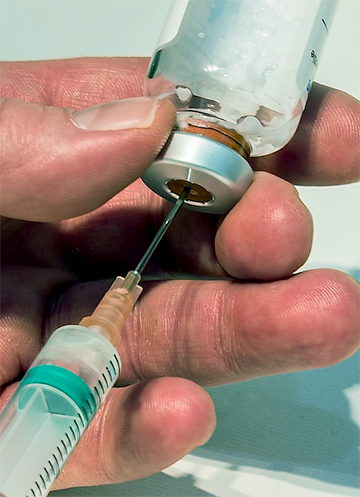 Splitting volunteers fairly equally into two groups, they gave 23 participants a weekly injection of the drug for 12 weeks, while the other 22 were given a placebo. The participants were then studied for an additional 12 weeks.

Unfortunately, the percentage of volunteers receiving the drug who saw at least a 50 per cent reduction in their hair loss was just 8.7 per cent, compared to 13.6 per cent who took the placebo.

In cases of scalp-only Alopecia Areata - as opposed to more severe forms of autoimmune hair loss which can also affect facial hair and body hair - the hair may often regrow naturally within up to 12 months. Frustratingly, it is impossible to predict if or when this will happen though. When the disorder's signature rounded bald patches are confined to the scalp, professional treatment can often be effective, as can be seen from the examples shown in Belgravia’s Alopecia Areata Treatment Success Stories gallery.

While these findings don't entirely kill the notion that the drug may be effective on Alopecia Areata, they are sure to have disappointed the doctors behind the study. They will know, however, that Alopecia Areata can clear itself up of its own accord in a few months the same time-frame as the study in some cases. It is therefore possible that the “lucky” volunteers had been placed, by chance, in the placebo group.

A larger trial group may yield different results, though the unknowable nature of alopecia areata makes it incredibly difficult to conduct accurate treatment trials on. Indeed, the doctors themselves noted that "this study was limited by the number of patients randomised to received treatment."

The Alopecia Areata treatment provided by Belgravia’s in-clinic specialists involves recommended formulations of high strength minoxidil being applied directly to the affected areas. This is a topical drug known as a vasodilator which is believed to help encourage regrowth through improving blood flow to those areas and opening the potassium channels. This medication is usually paired with further appropriate hair growth boosters recommended according to the individual’s requirements and medical suitability.

Alopecia Areata is not especially uncommon; it is understood to currently affect up to three per cent of people in the UK in their lifetime. Medical experts are making new inroads into the causes of the disease and possible future treatment options for the most severe phenotypes all the time, and for some years it has been widely accepted that there are a number of “triggers” that can cause.

These include psychological long-term chronic stress, shock and sudden extreme stress (such as may follow a motoring accident, for example something which actor Matt Lucas feels may have caused his Alopecia Universalis, a particularly extreme form of Alopecia Areata), physical trauma, allergies, local skin injuries and seasonal changes. Genetic factors are also suspected, though remain unconfirmed.