The temptation to over-indulge around Christmas can seem overwhelming, with everything from sugary treats to fatty pies and a significant hike in the consumption of alcohol all threatening to leave millions ready for a thorough detox come January. But it’s not just your weight that is under assault from saying yes too often to wine, whiskey and Worthington's at Christmas, you risk damaging your hair, too.

People with some forms of hair loss know only too well how their overall wellbeing can play a part in the health of their scalp and follicles and they take steps to sort out their lifestyle as a matter of urgency. But it is something that many people only realise they need to think about once things have started going wrong. 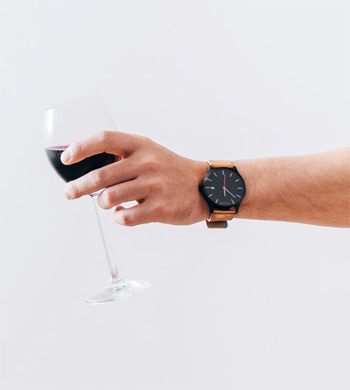 'Driet' to get hair back on track

To get people on the right track for Christmas, therefore, an alcoholic drink-reduced diet or what's being called the 'driet' might be a sensible solution.

The idea was proposed by Danish pharmaceutical company Lundbeck, whose infographic at driet.co.uk highlights the multitude of problems that can arise from too much drinking.

It illustrates how alcohol can lead to weight gain by reducing fat burn and stimulating appetite; it can weaken your immune system; it can lead to anxiety and depression and it can also dehydrate the skin, make nails fragile and leave hair dry and lifeless, not to mention brittle through malnourishment.

The website points out that if you are drinking more than one 175ml glass of wine (13% ABV) per day it could be having an impact on your health. It is not just binge drinking that is behind alcohol-related problems, they say, but sustained light drinking, too. And that's before even considering associated behaviours such as smoking.

The solution they propose a 'driet' involves participants thinking about the number of alcoholic drinks they consume to help get a better measure of just how much they are drinking. One goal is to try not to drink every day which they say is more achievable if you keep a 'drinking diary', a record of how many units you are consuming.

While normal alcohol consumption alone with the odd over-indulgence is unlikely to cause significant hair loss problems, it can certainly be a contributing factor to a number of conditions. Among them is Telogen Effluvium, a temporary hair loss condition which counts dietary deficiencies, including iron, as one of its contributing factors. A loss of iron in the body can be caused by heavy drinking.

Too much alcohol can also lead to a deficit of zinc, which has been reported in studies to increase patchy hair loss caused by the autoimmune disorder Alopecia Areata.

What many people find surprising is how something that has no obvious connection to their scalp can play such a major part in hair loss conditions.

When thinning of any kind is evident, a speedy response is highly recommended so that a bespoke treatment plan can be devised before the condition worsens, as it will in many cases.

Many forms of shedding can be stopped and even reversed with the help of a hair loss specialist. They can identify the cause and condition you are experiencing in order to then tailor a personalised regrowth course of clinically-proven treatments and hair growth boosters.

Dieting or Detoxing in the New Year? Be Mindful of your Hair

Dieting or Detoxing in the New Year? Be Mindful of your Hair