In most Hollywood movies, the main female characters are stereotypical images of perfection, with flawless skin, pouting lips and long flowing hair. A film released in the US this month, however, seeks to turn this norm on its head. 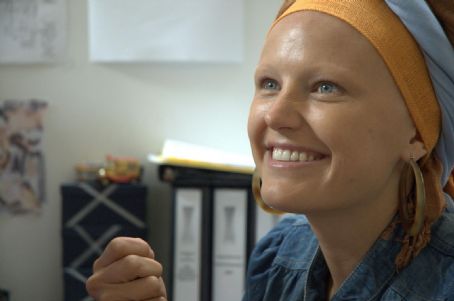 The curiously-titled Happythankyoumoreplease won the Audience Award at last year's Sundance Film Festival. It  features actress Malin Akerman as Annie, a young woman who has no hair or eyebrows as a result of Alopecia Universalis. The ensemble comedy, written, directed and also starring sitcom star Josh Radnor, is a film about a group of young friends living in New York and trying to find their way in life and love.

Akerman’s character suffers from poor self-image as a result of her Alopecia condition, something which may resonate with those who have  in real life, and is struggling to allow herself to be loved as a result.

In an interview with the website Collider, the actress said that she immediately fell in love with her character after reading the script for the first time. “She has such an amazing spirit and she faces it front on. She just goes full force into it and says ‘Yeah I’m bald! Look at me, I’m pretty hot because of it’” says Akerman.

The actress wore a bald cap for the role, but shaved off her real eyebrows. She goes on to say of her Alopecia suffering character: “There’s something really innocent and beautiful about her, in such a different way than Hollywood glam. It’s an inner beauty that outshines everything. You don’t have to get through the layers of make-up, hair and clothes.”

Alopecia is a hair loss condition caused by a dysfunction of the auto-immune system, in which healthy hair follicles come under attack from the body’s natural defences. It can affect both men and women, to varying degrees. In Alopecia Areata, the individual suffers patchy hair loss on the scalp, while Alopecia Universalis and Alopecia Totalis are more extreme forms of the condition. All hair can be lost from the scalp and sometimes from the entire body. This is the case for the character of Annie in Happythankyoumoreplease, who has no eyebrows or eyelashes.

The exact causes of the condition remains unknown, but it is thought that stress and physical trauma or illness may trigger it. In the case of Alopecia Totalis or Universalis re-growth is sometimes possible  although the condition may later re-occur, as has been the case with TV celebrity Gail Porter recently.

The Belgravia Centre for Alopecia treatment

The Belgravia Centre regularly treats people with Alopecia, as well as a range of other hair loss conditions. Our team of qualified hair loss experts has a wealth of experience in treating hair loss with impressive results.

Our experts have a wide range of tools at their disposal, ranging from pharmaceutical hair loss treatments and clinical therapies to herbal supplements and other hair loss products aimed at improving overall hair health.

To explore treatment options for Alopecia or any other hair loss condition, please contact us to arrange a no obligation consultation or fill out our online diagnostic form.